Eden Hazard penalty cancelled out by Sterling strike at Anfield 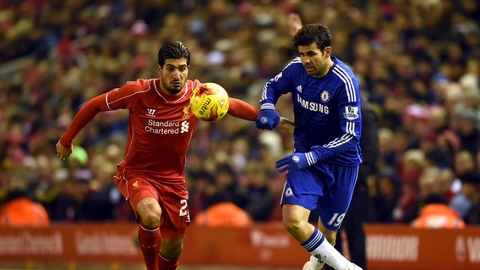 Chelsea hold Liverpool to one all draw at Anfield in first leg of Capital One Cup semi-final. Image: @ChelseaFC

Chelsea took the lead in the first half of the Capital One Cup semi-final at Anfield with an Eden Hazard penalty.

In the second half a resurgent Liverpool put the Blues under great pressure.

Raheem Sterling beat the Chelsea defenders with pace to equalise on the hour.

Saves by Chelsea goalkeeper Thibaut Courtois ensured that the teams are all square for the return leg at Stamford Bridge.

Jose Mourinho says his team now have the advantage having avoided losing at Anfield where it is always difficult for the away team.