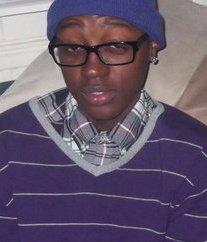 The public is being asked to help trace 20 year old trainee soldier Stephen Mubanga who is from Croydon.

He was last reported seen on the 11th of January this year leaving his home at Kilmartin Avenue, Norbury after his leave with the British Army.

He was due to board a train to Yorkshire and report back to his barrack that Sunday but did not get on the train and hasn’t been seen nor heard from since.

Croydon police are investigating his disappearance and fear for his welfare.

At this stage they wish to emphasize that ‘there is nothing to suggest his disappearance is linked to any criminal act.’

His aunt Karen Guirhil says it is out of character for him to just disappear.

She went on to say:

Even when he’s away and misses a call from me, he’ll send me a text or message on Facebook to say sorry and that he’ll call back soon. I’m just really worried that we’ve not heard any news from him at all and just want to know that he’s safe.

She said her message to Steven would be:

Steven, if you’re reading this and you think that you’re in any kind of trouble, then whatever it might be, I know that we can work it out together. I’m so proud of you and your cousin is missing you like crazy as well. We just want to know that you’re ok so please, please get in touch.

Steven is about 5ft 10ins tall, of medium build, with short black hair.

He was last seen wearing a grey, black and white hooded top, dark blue jeans, a black and green baseball cap and white Nike Air Jordan basketball trainers and was carrying a JD Sports bag and a back pack.

He has links to the Croydon, Norbury, Camberwell and Streatham areas.

Anyone with information on Steven’s whereabouts should contact police on 101, or call the Missing People charity on 116 000.