The Institute of Contemporary Arts has started showing a series of rarely seen and recent Catalan films once every two months.

The intention is to capture the strength of contemporary Catalan cinema and reveal its original and engaging approach.

The Catalan Avant-Garde film season has kicked off with the documentary Sobre La Marxa (The Creator of the Jungle), directed by Jordi Morató.

It tells the extraordinary story of Garrell, a man who created a vast network of beautiful and unbelievable wooden structures near the Catalan village of Argelaguer.

The film was introduced by its director Jordi Morató and was followed by a Q&A hosted by Ramon Lamarca from Reel Solutions, one of the co organisers of the season. 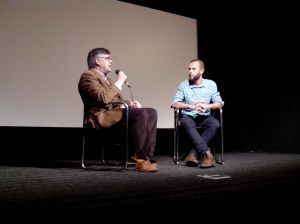 Mr Morató told Londonmultimedianews.com he was excited about presenting Sobre La Marxa (The Creator of the Jungle) in London.

The Catalan Avant-Garde film season is organised by the ICA, Reel Solutions and the Institut Ramon Llull (IRL).

Londonmultimedianews.com spoke to Ramon Lamarca just before the screening of the first film of the season.

He talked about the process of organising the season, the interest of British audiences in Catalan cinema and the variety of films that will be shown until December.

The launch of the Catalan Avant Garde film season is being promoted in Twitter with the hashtag #CatalanAvantGarde.

A few hours to go til the opening night of our #CatalanAvantGarde film season! Don't miss it! http://t.co/4rkg7YvxZK pic.twitter.com/XJkKekaBP9

For more information and the schedule of the Catalan Avant-Garde film season visit the ICA website.