London Fire Brigade called to the collapse of an entire house being renovated in Romford. 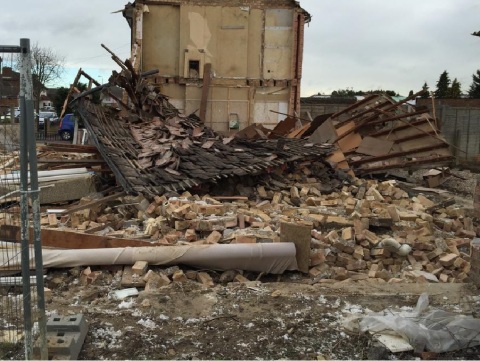 London firefighters have been called to a house that collapsed into a pile of rubble in Rodney Way in Romford, early Tuesday morning.

The two floor, end of terrace property was under refurbishment when it imploded.

LFB Watch Manager Jason Frisby who was at the scene, said:

The house was under refurbishment and had been completely stripped out. Fortunately, it was unoccupied at the time it collapsed and no-one was injured. Had it collapsed when the builders working on the house were inside, they may not have been quite so lucky.

The building fractured the incoming gas supply main when it came down, so eight people from neighbouring properties were evacuated and a temporary 50 metre exclusion zone has been put in place.

As soon as the gas supply has been isolated, the exclusion zone will be lifted and residents will be able to return to their homes. 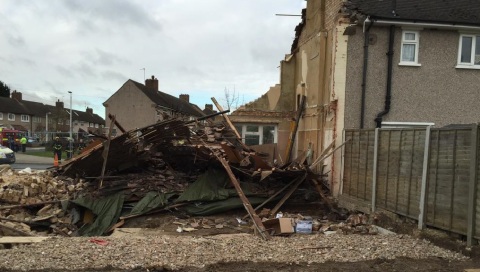 We have attended a building collapse in Romford with @LondonFire this morning . pic.twitter.com/dbKcH4FrEB

A structural engineer has been engaged to determine why the house collapsed to the ground.