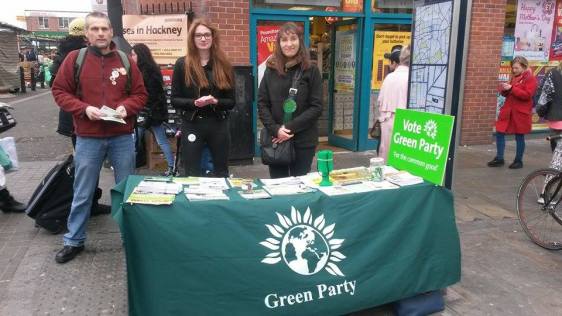 The London branch of the Green Party have been focusing their campaigning efforts this weekend in promoting the party to potential voters within the Hackney area.

The Hackney Action Day took place across Hackney South and North constituencies, supporting Green parliamentary candidates Charlotte George and Heather Finlay in the run up to the general election.

Heather Finlay, parliamentary candidate for Hackney North and Stoke, said the Green Party’s anti-austerity stance, their support for NHS reinstatement and opposition of ‘tax-dodging’ bills were the sort of policies that were appealing to Londoners.

At a Green Party stall set up on Kingsland Road in Dalston, she spoke to Londonmultimedianews.com about Hackney Action Day and why there has been a perceived ‘Green Surge’ in London: 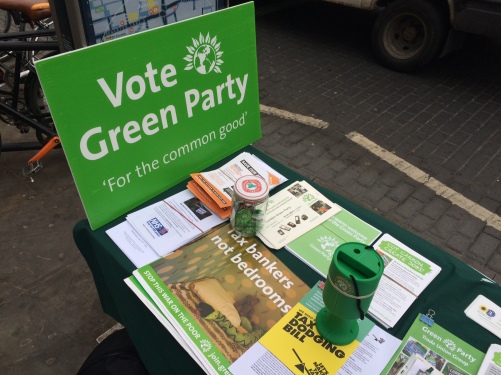 Green Party member Ruth, who grew up in the Hackney area, spoke about why she has moved away from supporting Labour to the Green Party: 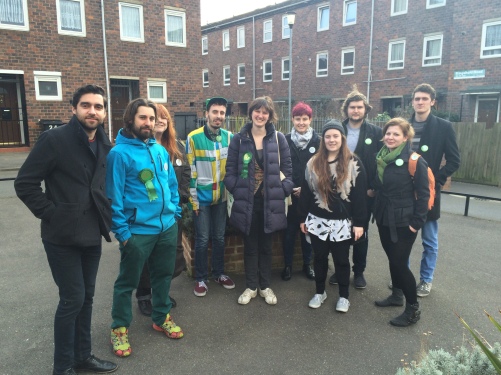 The focus was on the Pembury Estate, especially undecided voters and those planning on voting Conservative and Lib Dem in this Labour constituency.

Jafar Hassan, campaign manager for Hackney, said that every week the number of Green Party volunteers in the area is ‘growing exponentially.’

Alice Walker from New Zealand was one of the volunteers:

We’re the third biggest party in New Zealand…seeing people get so passionate about issues that are related to the environment, social justice, and seeing those changes made from MPs being in Parliament, even just two or three, it makes such a different. I think the UK would benefit a lot from having even 1 or 2 voices there against the tide of Conservative, Labour and Lib Dem rhetoric.

Sonja Kristina was volunteering for the first time for the Green Party:

I think it’s really important that there’s a change in government rather than going through another 5 years with everybody getting more and more frustrated with the way that the country is led, and I think the Green Party now seem to have the right idea about the economy and taking care of people in the country. I’ve never been involved in politics before but I feel really strongly that there’s just no choice.