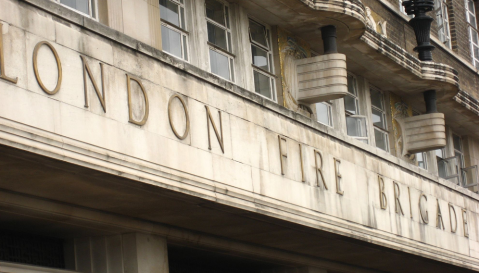 The owner of a Bayswater hotel has been handed a record fine for breaking fire safety laws.

Salim Patel, the former owner of The Radnor Hotel on Inverness Terrace, was successfully prosecuted by The London Fire Brigade.

Patel was also given a four month prison sentence, suspended for 18 months, after pleading guilty to seven fire safety offences.

NB The hotel is now under new ownership.

Officers from the fire brigade visited the 18-room hotel in 2011 for a routine inspection.

They found several issues, including a fire extinguisher being used as a doorstop and fire doors tied open with string and an extension cord.

Other fire doors had been removed completely.

The officers also reported inadequate fire detection and emergency lighting systems, a lack of a fire risk assessment, and evidence that a basement storeroom was being used for sleeping.

The London Fire Brigade, which is one of the largest fire services in the world, decided to prosecute after follow-up visits found that Patel had failed to make improvements, despite the fact that he’d been issued with an enforcement notice.

Fire safety officers carry out around 16,000 inspections in the capital every year and can prosecute business owners who are failing to comply with fire safety regulations.

At the sentencing hearing at the Old Bailey, Judge Kennedy said that the ‘buck stopped’ at Mr Patel as the business owner.

This is the biggest fine we have ever secured against an individual for breaking fire safety laws and it should send a message to all business owners that if they are shirking their fire safety responsibilities and putting the public at risk we won’t hesitate to prosecute.

The size of the fine should also serve as a stark reminder that the court’s take fire safety just as seriously as we do.

The hotel is now under new ownership and is currently closed.

Inadequate fire detection was just 1 thing which led this hotelier to be fined a record £200k:http://t.co/NU7WNFbSia pic.twitter.com/lJjJO0Vak5

Categories: Justice and the Law