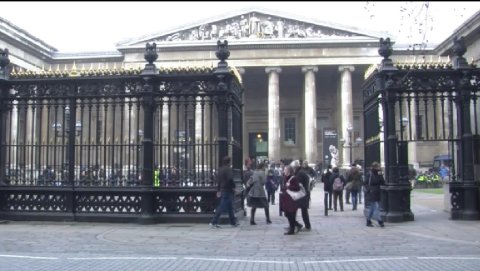 ALVA report places the British Museum as the UK’s most popular tourist destination- at number 1 for the 8th year. Image: LondonMMNews

Nine out of ten of the UK’s most popular tourist destinations are in London.

And a report by the Association of Leading Visitor Attractions (ALVA) reveals a six and a half per cent growth in the number of people choosing the capital.

The British Museum is number 1 for the eighth year running.

And as reported in this special filmed report by Emily Browne, Katie Rogers and Roza Dawood, London’s South Bank Centre emerges as the highest new entry with six million people from abroad choosing to visit its entertainment and cultural attractions in 2014.