About 10% of the UK’s population suffer from claustrophobia – but what happens when it affects a normal part of everyday life, such as getting on the tube?

And more and more people are using the underground.

Passenger numbers on the Tube  were up by 8 million in 2014.

This is largely because London’s population is growing and estimated to rise from 8.4 million today to around 10 million by 2030. 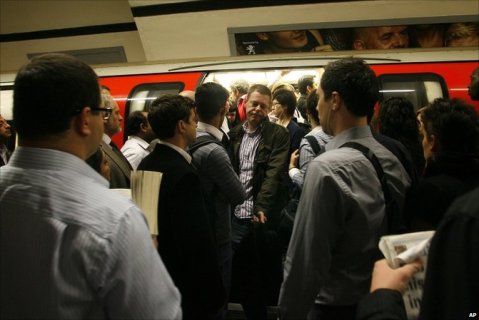 “Congestion-on-the-london-underground” by Susanturner70 – Own work. Licensed under CC BY-SA 3.0 via Wikimedia Commons

TfL say they’re meeting the challenge with modernisaton and a better service.

But it could be argued that’s not going to help people who find it difficult to cope psychologically with a  perception of overcrowding and underground tunnel environments.

This feature looks at the issue of phobias – how they start, how they can be treated and what steps someone may have to take in order to put a distressing event behind them.

‘Four Walls’ paints a vivid and honest portrayal of what it’s like to live with claustrophobia.