The General Election 2015: A Breakdown of the First of Four Live TV Debates 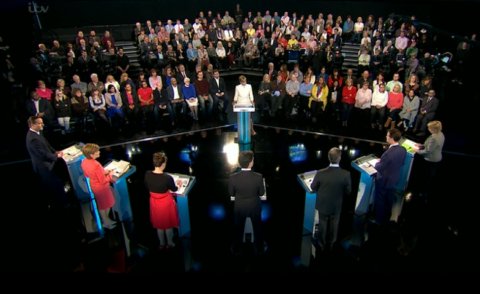 By Scarlett Stansall and David Kelly

The first of the live debates held for the General Election has been aired by ITV, but it is the only one in which all the leaders of the main parties will be taking part.

There will be 3 more live TV Election Debates taking place before polling day on the 7th of May – just 34 days away.

This has also been the first time that smaller party leaders have been allowed to participate in a UK debate with the main ones.

However the Democratic Unionist Party, which has a total of eight MPs, has criticised their exclusion from the debate.

This was the only time that Prime Minister David Cameron, Nick Clegg and Ed Miliband will face each other before polling day.

Members of the public accused the ‘Big Three’ leaders of only using the air time to attack each other over various topics including the Deficit, the NHS, Immigration and Welfare.

The public took to twitter using the hashtag “#leadersdebate”

The big three are only interested in attacking each other. will be harder for the others to get a look in. #leadersdebate #ge2015 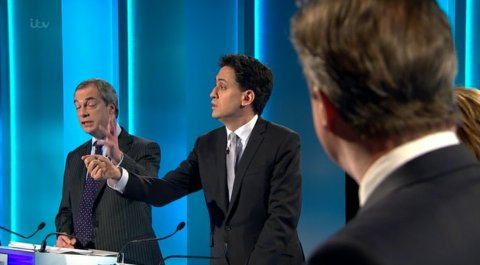 Bickering aside, here’s what the 7 party leaders had to say on some of the key issues.

We have to be a humane, fair and decent society… We have to stop trashing our planet.

People should use their votes as a weapon to rescue the NHS.

The UK should remain a decent, generous hearted, open minded nation that welcomes people who play by the rules.

What can we do to control immigration while we are in the EU? Nothing. Nothing. We have an open door to 10 former Communist countries. I don’t blame immigrants for coming here but we need to take back control of our borders.

The banks have had a bailout. It’s time now for the people to have a bail out… I hope what you’ve heard tonight doesn’t fill you with too much fear. Austerity is not inevitable, it is a choice.

Natalie Bennett, Nigel Farage, Nick Clegg, Leanne Wood, Ed Miliband and David Cameron responding to a question from Rebecca in the audience asking what they could do to give optimism for the younger generation:

Key moments in the Debate

Throughout the two hour debate the seven political leaders seemed to prove themselves even-tempered and remained calm.

There were only brief moments when it could be said they were shouting across each other.

Following the recent fallout from the HSBC tax avoidance scandal, all leaders criticized Mr Cameron claiming that his government had done nothing to go after high level tax dodgers. 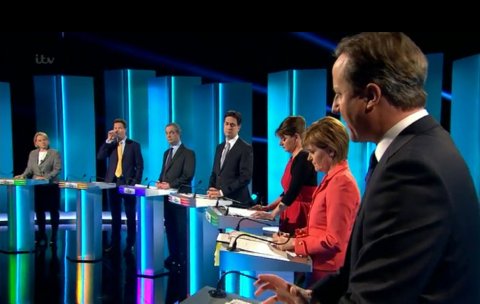 Sticking with the economy, SNP leader Nicola Sturgeon claimed that austerity had failed and it was now time that the people, not the banks, be bailed out.

A member of the audience shouted ‘they are not listening to us’ as Mr Cameron gave an answer on the armed forces.

One of the most controversial moments of the evening came when Nigel Farage claimed that of the 7,000 HIV patients in Britain, 60% were not British.

To be honest. As a nurse I treat the person in front of me & don't question do they deserve it because they're foreign. #leadersdebate

As well as setting Twitter alight, Farage’s statement provoked severe rebuttal from the other leaders.

Leanne Wood told Farage he ‘ought to be ashamed of himself‘ resulting in a round of applause from the live audience.

It wasn’t the last time that the studio audience made their feelings known, as a young woman stood up and heckled David Cameron as the Prime Minister was discussing social welfare and the housing crisis.

.@David_Cameron is heckled on the issue of homelessness amongst returning British armed forces #LeadersDebate pic.twitter.com/HMAB3WzEMu

Following the debate ITV took a snap poll to gauge the reaction of those watching.

The next televised debate will take place on the 16th of April, but will not include either David Cameron or Ed Miliband.