Holborn and St Pancras is expected to be an interesting constituency to cover because two of the candidates are national figures.

Standing for the Green Party is leader Natalie Bennett- perhaps better known for her ‘brain fade’ interview on LBC Radio. 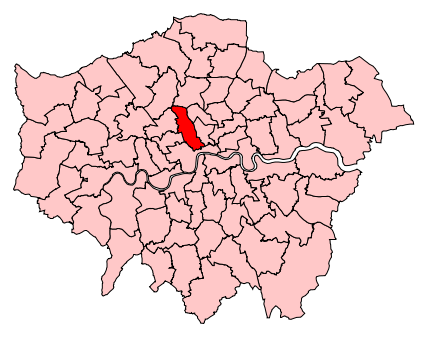 Traditionally a Labour stronghold, the parliamentary seat has been held by Frank Dobson since 1979, but this year he has stood down at the age of 75.

When Dobson was asked why he was standing down his response was:

Dobson’s successor, Sir Keir Starmer was a human rights QC before taking charge of the Crown Prosecution Service as DPP.

He was the law chief responsible for approving the criminal prosecutions of tabloid journalists and their sources for phone hacking and paying for stories.

If elected he is tipped to become a cabinet minister perhaps in the role of Attorney General.

Thanks to all those who packed the house for the launch of my general election campaign @CamdenLabour #VoteLabour pic.twitter.com/ttSzHesZzD

Holborn and St Pancras is seen as something of a safe Labour seat.

So why has the leader of the Green Party leader Natalie Bennett decided to take it on?

Her chances appear near impossible.

Her answer is simply that she lives there – so why not run for the area in which she lives?

And she stood for the seat in the last General Election in 2010 before being elected Green Party leader two years later.

Leafleting in the gloom at #Camden Town Tube this morning @camdengp. Thanks all! #VoteGreen2015 pic.twitter.com/YgNV7xwZAP

There are still many fringe parties running and hoping to be elected.

The current list candidates standing for Holborn and St Pancras 2015 are:

The deadline for all candidates to register their official nominations is April 9th.

Click here to view polling report of Holborn and St Pancras in the 2010 Election.