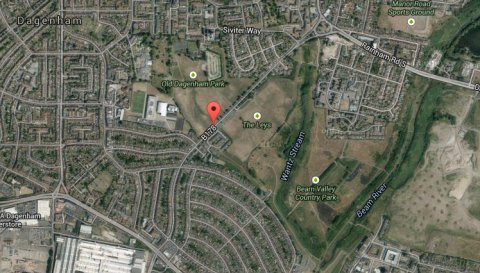 Detectives are appealing for witnesses and information following a fatal collision between a motorcycle and car in Ballards Road, the B178,  Dagenham yesterday afternoon.

Police and London Ambulance Service were called to the junction of Church Lane at ten minutes to four.

The London Air Ambulance was deployed to the scene.

INCIDENT UPDATE: Police currently working tirelessly with @LDNairamb and @Ldn_Ambulance at the scene on Ballards Rd. Updates when available.

They’d received reports of a collision between a KTM motorcycle and a Vauxhall Zafira.

The incident meant the road was closed in both directions for a while with diversions.

This caused what was described as ‘gridlock’ in the area at the time.

The motorcyclist, a 22-year-old man, was taken to the Royal London hospital where he later died.

Unfortunatley, we regret to announce that a 22year old male died whilst at hospital. Thoughts with his family.

A post-mortem examination and formal identification will be scheduled in due course.

A five-year-old boy in the rear passenger seat of the car suffered injuries.

He was also taken to the Royal London where he remains in a serious condition.

Two further children, a 10-year-old girl and a seven-year-old boy, who were also in the rear of the vehicle suffered minor injuries.

The 38-year-old male driver of the car was not injured.

There have been no arrests.

Anyone with information is asked to call the Serious Collision Investigation Unit based at Chadwell Heath on 0208 597 48 74 or the police non-emergency line on 101.