The Flying Squad of the Metropolitan Police is investigating what is believed to be a huge raid on safety deposit boxes in London’s jewellery quarter of Hatton Garden.

Hatton Garden is also the centre of the UK’s diamond trade. 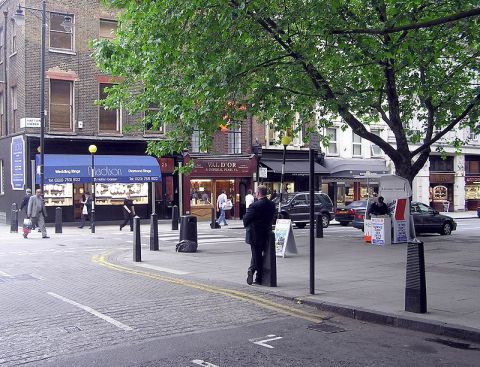 Detectives were called at 8.10 this morning by a business reporting a burglary over the Easter weekend.

Detectives are currently at the scene.

It appears that heavy cutting equipment has been used to get into a vault at the address, and a number of safety deposit boxes have been broken into.

It’s been reported the business reporting the burglary is Hatton Garden Safe Deposit Ltd at number 88 to 90 Hatton Garden.

Sky News crime correspondent Martin Brunt has reported that it is believed around 300 of a total of 600 boxes have been emptied. 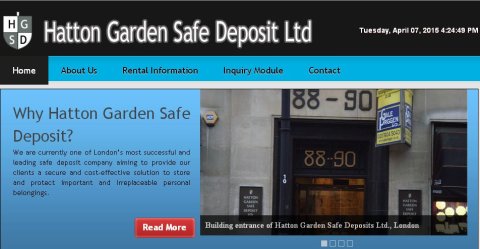 Hatton Garden Safe Deposit Ltd was founded in 1954 and says on its website that it was ‘one of the first companies in the UK to offer safe deposit boxes:’

We are currently one of London’s most successful and leading safe deposit company aiming to provide our clients a secure and cost-effective solution to store and protect important and irreplaceable personal belongings.

The thieves are understood to have used a lift shaft to access the basement.

#diamondrobbery Flying Squad and forensics at scene of the robbery pic.twitter.com/WBxu3rfXhQ

Big #robbery at one of the safe deposits in #HattonGarden over the Easter weekend. Not good news for a lot of dealers. #diamonds

Mr Malka told the Press Association that he suspects the thieves have got away with a haul likely to be ‘hundreds and hundreds of thousands of pounds.’

From what I understand it happened over the weekend and it looked like they had come in through the lift shaft and gone into the basement where the safety deposit is.

Most of the people who have got safety deposits there are people in the trade. I know for a fact that some of my work colleagues have got boxes down there and we are talking about hundreds and hundreds of thousands of pounds in goods.

Mr Malka says the boxes were usually used to store both jewellery and loose diamonds in packets.

The police aren’t allowing anyone in yet, so no one is too sure whose box has or hasn’t been touched. With the robbers having probably four days over the Easter weekend, there’s a good chance that they went through everything.

Gemologist, designer & private jeweller, Thelma West, also Tweeted news of the burglary before it was confirmed by the Met Police

Robbery at one of the biggest safe deposits in Hatton Garden over the Easter weekend. The loss is HUGE #diamonds

She believes that lots of dealers usually leave their stock in the safety deposit boxes over the long Easter and Pesach holidays.