Croydon Central is expected to be one of the closest fought London marginals in the 2015 General Election.

Labour need a swing of 2.9% to remove Gavin Barwell, a former senior Central Office staffer, who won the seat from Labour in 2010.

The Tories have reason to fear the UKIP impact as Nigel Farage’s party polled 17.5% in all the council wards within the Croydon Central constituency.

The Conservatives will be hoping last year’s local council and European elections were a symptom of the traditional mid-term protest vote.

But this is assuming UKIP sympathisers are mainly former Tory voters.

If they include Labour supporters, a combination of younger Labour Party voters being drawn to the Green Party, could destabilize Sarah Jones’ campaign to replace Mr Barwell at Westminster.

We introduce the candidates

Picture of Gavin Barwell from http://www.gavinbarwell.com

Gavin Barwell is 43 years old and has lived in Croydon most of his life.

He stood in  the 2010 general election and has served as the MP since then.

I am passionate about raising standards in our schools so that all children get the  great start in life that I got. I have given work experience to nearly 200 local young  people over the last five years.

Picture of Sarah Jones from https://www.facebook.com/CroydonSarah

Sarah Jones is 42 years old and she standing for election for the first time.

She has lived in Croydon her whole life.

Our schools, hospitals and communities are suffering from savage cuts at a time when Croydon needs investment more than ever. I will help to protect vital services and bring business, jobs and opportunities to Croydon.

James Robert Fearnley is 32 years old is from Lancashire. He moved to London in 2002.

He was chosen by local members as Liberal Democrat prospective parliamentary candidate for Croydon Central in May 2014.

I am a great believer that everybody should have the opportunity to reach their full potential, regardless of where they are born or the size of their parents’ bank account. Education, along with housing and transport, will be top of my agenda during the campaign in Croydon Central.

Picture of Peter Staveley from http://www.ukipaddiscombe.org.uk/

Peter Staveley is 53 years old and chairman of the UKIPs in Croydon.

He stood as UKIP candidate in the Lewisham and Penge West constituency in the 2010 general election.

He started his own transport consultancy in 1995.

In May 2014 I stood as a UKIP candidate for the Addiscombe ward. I have also been selected as the UKIP Prospective Parliamentary Candidate for Croydon Central.

75% of our laws are dictated by the EU. Westminster cannot stop that legislation. The EU is run by 27 Commissioners who are not elected and cannot be removed. All the laws come from the 27 Commissioners. 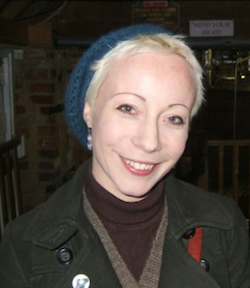 Picture of Esther Sutton from http://croydon.greenparty.org.uk/

Esther Sutton is 41 years old. She grew up in Croydon and has run pubs in the borough for 15 years. She stood in the local elections in 2010 and 2014.

I believe The Green Party is the only real alternative, and the only party with robust policies on social justice and the environment. I am looking forward to spreading the word, attracting votes as I go, to win this marginal seat.

Picture of April Ashley from http://www.socialistparty.org.uk/

April Ashley is 52 years old and she is a trade union assistant branch secretary. She stood in the Merton local election in 2014.

The Trade Unionist and Socialist Coalition stands in opposition to public spending cuts and privatisation, calls for investment in public services, public ownership and control of the major utilities and the repeal of the anti-trade union laws.