A man who broke into Christie’s auction house to steal more than three quarter of a million pounds worth of property including Fabergé jewellery has been jailed for two years and four months.

CCTV showed Tobin entering the building at 44 minutes after midnight, and breaking into a number of locked desk drawers.

He left after apparently only stealing a rucksack and a pair of headphones.

He left around 25 minutes later having stolen a number of high-value items from a safe.

Staff discovered the break-in when they came into work in the morning.

Tobin was quickly identified from the CCTV images. 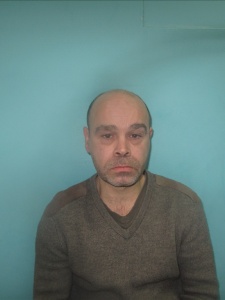 Detectives found a distinctive red coat he had been pictured wearing on the CCTV during both burglaries.

The items stolen – totalling around £760,000 – have not been recovered and efforts continue to trace them.

Tobin was an opportunist thief who stole a large number of valuable items which have not yet been recovered.

Christie’s would like to thank the Metropolitan Police for their effective investigation into this crime. It is very disappointing that the thief has chosen not to disclose the whereabouts of the stolen items. But given their unique nature, we hope that they will be identified and returned to their rightful owners.

Tagged as: CCTV, Christie's Auction House, Fabergé, King Street, St James's, were circulated and Tobin was quickly identified as the suspect for both burglaries. He was arrested on Wednesday