Ed Miliband in Edinburgh today appealing for the Scottish vote.

At a press conference, the Labour leader criticized the SNP’s backing for Scotland to take full control of taxation.

He said it would leave a £7.6 billion hole in its finances.

Mr Miliband is seeking to distance himself from opposition claims that he would agree to full fiscal autonomy for Scotland in exchange for SNP backing a Scottish Labour government.

Today I challenge Nicola Sturgeon and the SNP to say how they will fill this £7.6 billion gap.
Which services will be cut, which taxes will be raised?And what cuts will it mean for pensioners in Scotland when they’re taken out of the UK pension system.

Nicola Sturgeon was quick to hit back at the Labour Leader’s accusations.

She said that a billion pound hole in SNP’s fiscal autonomy plans was a ‘desperate’ claim.

She hit back saying:

This is desperation on the part of the Labour Party. Instead of putting forward a positive case of their own, they are resorting to the same fears and smears that they resorted to during the referendum. The truth is the only cuts on the horizon for Scotland are the ones that the Tories are proposing and Labour are backing.

She also took to her twitter page to deny Labour’s claims.

David Cameron has been appealing to commuters in Devon by promising to freeze rail fairs if the Tories are elected on May 7th.

The PM claimed extending the RPI (Retail Price Index) inflation cap on regulated ticket prices for another five years would save the average commuter hundreds of pounds.

The coalition has imposed the same restrictions for the past two years.

It's because our long-term plan is helping the UK recover that we can help commuters by freezing regulated rail fares for the next 5 years.

This is definitely a step in the right direction. Rail passengers have suffered inflation-busting fare rises for most of the last 10 years, which have far outstripped wage growth, so any commitment to end real terms fare increases is welcome.

However, more is needed: we want to see flexible tickets for the army of part-time workers who currently pay full fares, and more widely, the whole rail fares system needs to be made simpler, fairer and cheaper.

Some, however, believe the promise to reduce fairs is not doing enough for the average commuter.

Mick Cash, leader of the Rail, Maritime and Transport union, hit back at the Tories newest promise:

This latest stunt would still mean annual fare increases that would institutionalize the harsh reality that the British passenger pays the highest fares in Europe to travel on rammed out and unreliable trains.

The only solution is to end the rip off of rail privatization which would allow us to free up the hundreds of millions of pounds drained off in profits to invest in services and cut fares. 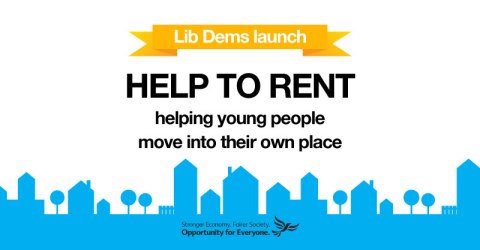 Nick Clegg is attempting to win back the trust of young voters by offering grown-up children living at home a Government loan of up to £2,000.

Known as the ‘boomerang’ or ‘clipped wing’ generation, the loan would be designed to help the 2 million people in their 20s and 30s to move out and rent their own homes.

In a statement today, the LibDem leader said,

It’s simply unfair that thousands of hard-working young people still have to live in the same bedroom they lived in when children. When you get your own job, you want to stand on your own two feet, have your own space, and not have to rely on the bank of mum and dad.