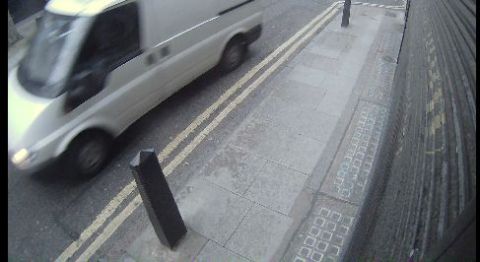 Detective Chief Inspector Paul Johnson, the officer in charge of the investigation, said:

The imagery released today is of three suspects and a van used by them in the Easter bank holiday weekend burglary at Hatton Garden Safety Deposit Limited (HGSD).

They are pictured here using a side door situated in Greville Street, EC1 to make their way to and from the premises.

They were highly audacious entering on two occasions over that weekend firstly on Thursday 2 April 2015 at 20.19 before leaving the following morning at approx 08.12.

They then returned over a day later on Saturday April 4 at approx 22.17 before leaving the following morning at approx 06.44. 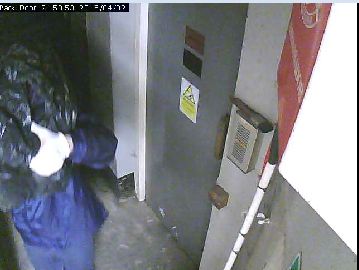 Perhaps in a reference to the release of CCTV footage by the Daily Mirror this morning, DCI Johnson said ‘This footage, along with other material, was already recovered by police at the earliest opportunity, and continues to be evaluated to capture the precise movements of the suspects.’ 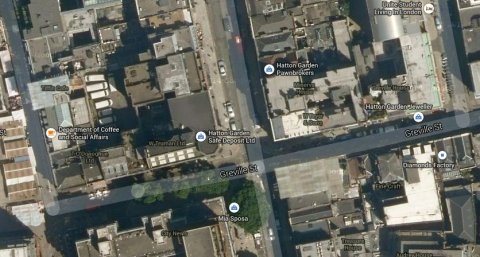 He said his detectives have been collecting CCTV footage within the Hatton Garden area since the incident and continue to do so.

He added: ‘I would appeal to neighbouring businesses, or members of the public who are either witnesses or in possession of CCTV footage, to contact us with information to support this enquiry.’

He said the examination of the scene has been painstaking and will continue into next week.

These examinations are vital in order for us to arrest these thieves and we must exploit this one-off opportunity to the fullest extent.

I appreciate that this has been a frustrating process for all those affected by this crime, and I would like to thank them and ask for their continued support in the investigation.

Anyone who has any information about this theft, or saw anything suspicious in the area around Hatton Garden Safety Deposit Ltd over the Easter bank holiday is asked to contact the Flying Squad on 020 8785 8655, or to remain anonymous Crimestoppers on 0800 555 111.