An Old Bailey judge has imposed minimum recommendations of 28 and 26 years on two men who murdered their friend and then used his credit card on a spending spree across Europe. 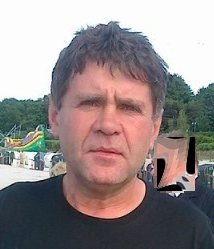 After beating him to death, the pair stole the victim’s credit card and embarked on a jaunt across Europe spending over £3,000 each.

Detectives launched a murder investigation after the discovery of a body in overgrown waste ground between Ermine Road, N15, and the nearby railway line.

The body was identified as Mr Malinkowski who was originally from Poland.

He was living at Braemar Road, Tottenham, and who worked in the construction industry.

Detectives fear he may have been tortured before his death as there were small lacerations across his body.

They quickly established that witnesses saw Mr Malinkowski being threatened and assaulted by two men.

They were identified as his friends Jarota and Siek, both rough sleepers from Poland.

Officers also discovered the pair had fled to France and into southern Italy.

CCTV footage from various banks showed the men using Mr Malinkowski’s banks cards in the days before and after he was found dead.

Officers ascertained the duo used his cards in around north London before boarding a coach at Victoria to travel to France.

Transactions continued over the next 25 days and they were traced by officers across southern Europe.

European Arrests Warrants were circulated and both men were arrested in Vibo Valentia, Italy, and extradited to the United Kingdom in July 2014.

At the Old Bailey on Friday 10th April Siek was jailed for life and told he must service a minimum of 28 years before being considered for release.

Jarota was also jailed for life and told he must service a minimum of 26 years before he’s considered for release.

This was brutal murder by two men on an innocent victim motivated by money and greed.

Despite being constantly on the move through France and Italy, close liaison with European law enforcement allowed us to arrest these men.

They believed they could freely spend using Mr Malinkowski’s bank card across Europe but it was that spending which ultimately led to their undoing.

They have shown no remorse for what they have done and hopefully Mr Malinkowski’s family have found some closure in this conviction.