Aerial view of An Noor Cultural and Community Centre in Acton- the mosque where Abdul Hadi Arwani was Iman between 2005 and 2011. Image: Google Satellite

Detectives from the SO15 Counter Terrorism Command have arrested a 61-year-old man on suspicion of conspiracy to commit the murder of preacher Abdul Hadi Arwani.

Mr Arwani, who was 48 and a father of six, was shot dead in his car in Greenhill, Wembley on Tuesday 7th April.

Detectives have also been searching parts of the An Noor Cultural and Community Centre in West London were he’d been the Iman from 2005 to 2011.

He’d also been a critic of the regime of President Bashar Assad in Syria where he’d been born and spent the early part of his life.

All officers involved in the search of the Mosque (the An Noor Cultural and Community Centre) are sensitive to the impact that their presence will have and are aware that this action may cause concern in the local community. We have been in contact with trusted community Muslim advisors this afternoon to reassure them that the action is necessary and that the premises will re-open as quickly as possible. 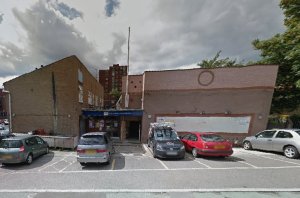 …for the outpouring of support during this extremely difficult time. We are touched to learn how many people my father helped, advised and inspired in his short life.

If anyone has any additional information that can help with the investigation, we urge you to please come forward and speak to the Metropolitan Police.

Your co-operation will help us close this painful page and begin to move on with our lives, in the knowledge that the person who took away our father will be brought to justice and duly punished for this heinous crime.