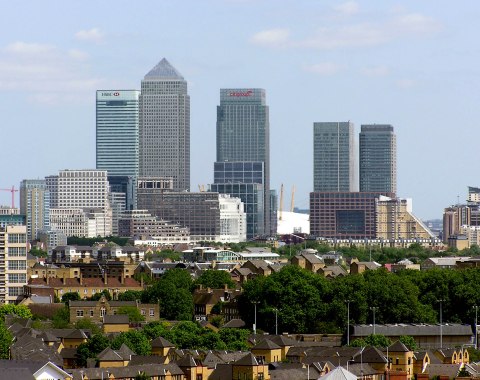 The HSBC banking group has said that it may consider moving its head office out of the UK.

The bank’s board has asked management to ‘look at where the best place is for HSBC to be headquartered in this new environment.’ 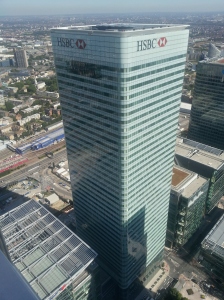 HSBC, which originated in Hong Kong, has been based in the UK since 1992.

It’s been a turbulent few months for Britain’s biggest bank.

Public anger and political attacks over tax behaviour, as well as regulatory pressures and  the increase in the Bank Levy are said to have contributed to the review.

Earlier this year, the Swiss arm of the financial giant was accused of helping thousands of account holders hide billions of their assets from tax authorities in their  home countries.

It’s also facing criminal investigation in France where earlier this month it was ordered to post one billion euro (£720 million) bail.

Chairman Douglas Flint, who was grilled by MPs alongside other top executives recently, acknowledged  that ‘the recent past has been very difficult for HSBC.’

In the statement to the bank’s Annual General Meeting in London today, Mr Flint apologized for:

for the inadequacies in controls that allowed unacceptable behaviours to occur undetected and accept responsibility for restoring HSBC’s reputation and standing to where they should be.

In addition, Mr Flint also cited the uncertainty over Britain’s membership in the EU as a factor.

Citing the bank’s own research, he observed that working towards reforms in Europe would be ‘far less risky than going it alone, given the importance of EU markets to British trade.’

Speaking about the announcement today, London Mayor Boris Johnson reminded the public that keeping London as a global financial powerhouse was a UK wide benefit.

And I do worry. We’ll have to see what happens with HSBC. We will be talking to them but there’s a certain amount of – the boiling of the frog metaphor is not wholly inappropriate.

Deputy Prime Minister Nick Clegg was bullish about the coalition government’s track record on tightening up the rules and regulations surrounding the financial industry.

He added ‘I hope HSBC will stay here in the United Kingdom, headquartered here, they are a big global bank and can obviously make their own mind up.’

It remains a big ‘if’ as to whether HSBC would actually quit London, but this hasn’t prevented speculation that the bank would favour a move to Hong Kong.

However, while share prices rose by 3% on the back of today’s announcement, HSBC still has a way to go to fix it’s public image.

That HSBC can contemplate complaining about being over-regulated, all things considered, shows how little humility banks have learned.

HSBC says it's worried that UK might leave EU. So threatens to move HQ to Asia. Can anyone explain logic of that?