Murder inquiry in Leyton after man dies in stabbing 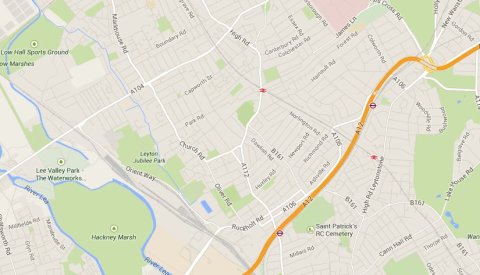 A murder investigation has been launched in Waltham Forest after a man died following a stabbing in Leyton.

Police were called at 3.33 am early this morning to reports of a stabbing at a residential address in High Road, Leyton.

Officers and London Ambulance Service attended and found a man in his thirties with stab injuries to his chest.

He was pronounced dead at the scene by 4.30 am.

Police are in the process of informing next of kin.

A post-mortem examination and formal identification will take place in due course.

Shortly after the stabbing, officers carrying out enquires arrested a 34-year-old man on suspicion of murder.

At this early stage the Met Police say: ‘it is believed that the two men were known to each other.’

Detectives investigating the murder of 40-year-old man in Leyton have charged a man with murder.