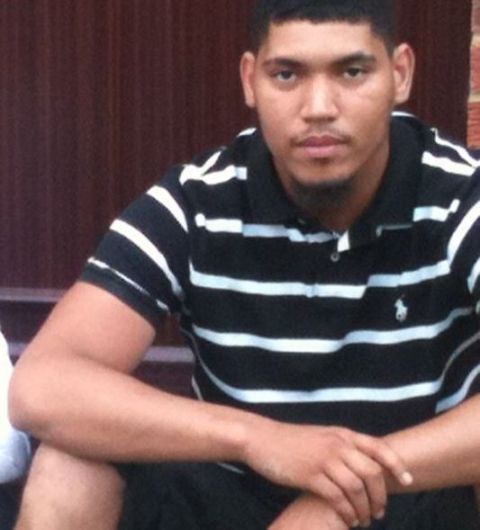 An Old Bailey judge has recommended that two men getting life sentences for the murder of Ashley Latty should each spend at least 20 years behind bars.

Three other men were found not guilty of murder but received jail terms for attempted grievous bodily harm.

Another two men were acquitted of all charges, while one woman was found not guilty of assisting an offender and perverting the course of justice. 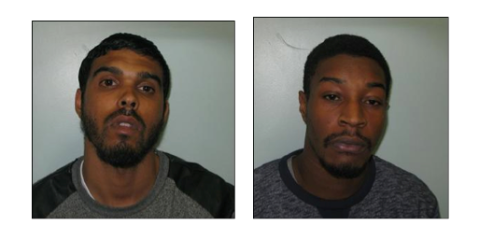 Nicholas Terrelonge and Tyler Burton, the two sentenced to life imprisonment for the murder of Ashley Latty. Photos: Met Police.

Nicholas Terrelonge, who’s 28 and from Leytonstone, and 29 year old Tyler Burton from Ilford, were both found guilty of Ashley Latty’s murder.

Ashley Latty went out that weekend with the sole intention of enjoying himself and his friends’ company; earlier that Saturday he had been a guest at a wedding party.

He was set upon by a group of men who launched a vicious attack, inflicting severe injuries, which ultimately led to his death. Today’s convictions illustrate that if you partake in violence, regardless of the extent, you will be held accountable for your actions.

We may not know for certain why this attack happened, but what we do know, is the number of families that have been torn apart by the senseless events of that morning.

Police had been called at around 5.30 AM on the 18th of May 2014 to The Beaver Centre on Selinas Lane in Dagenham following reports someone had been stabbed outside the venue.

The victim was identified as Latty, who died of his wounds in hospital.

During their investigation, detectives learned that Latty had gone with a friend to a ticketed birthday party on the estate, which was also attended by the defendants.

While waiting to leave, Latty was attacked by the group of men, who can be seen on CCTV footage loitering by the entrance to the car park before returning to the centre towards where he was standing.

The footage showed one man covering his face with a jumper, before being handed a bottle by Terrelonge, who had rounded up the group of men  after he recognised Latty as having stolen from him in the past.

At least one of them had a knife. One of them picked up a bottle. Together they went up to Ashley Latty and they laid into him.

Together they stabbed him, and they battered him with punches, kicks, elbow strikes, repeated blows to the head with the bottle – all delivered with real, venomous, hate fuelled force.

Ashley Latty was stabbed five times, twice in the back, three times in the front of his chest. One of those blows caused the knife to cut into his heart, and although the doctors managed to keep his heart beating until he reached hospital, his life ended where he fell – just outside the entrance door to the party, in front of many horrified onlookers.

The defendants didn’t care who at the party saw them. And they were careless enough to attack him as they did in the line of sight of CCTV cameras that recorded what they did. He didn’t stand a chance. It was sudden, sustained, utterly brutal and without mercy.

Judge Stephen Gullick concluded that their victim ‘never stood a chance when faced by such a group of attackers’ and that his death had resulted in a ‘catastrophic loss to those who loved him.’