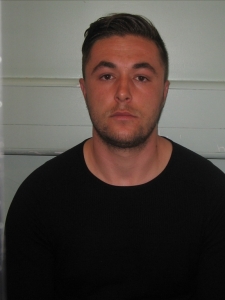 21 year old Kristian Gecaj has been jailed after he was caught in possession of cocaine during a routine police stop in Ealing on 9th April.

Gecaj pleaded guilty to possessing Class A drugs with intent to supply.

He also admitted possessing an offensive weapon and using a motor vehicle with no insurance and without a licence.

Officers from Acton Safer Neighbourhoods’ Team were carrying out ‘Operation Cubo’ on illegal road use when they stopped a car in Creswick Road.

Those in the car became extremely agitated and evasive when they were questioned and officers noticed a strong smell of cannabis.

When searched, Gecaj was found to be in possession of a lock knife and a large quantity of class A drugs.

When police searched Gecaj himself they found a large amount of cash on him and a set of mini electronic weighing scales.