Jeffrey Okafor, sentenced to serve a minimum of 17 years after he was found guilty of murder.

A man who sparked a five year international manhunt when he fled the UK following a murder has been sentenced to life imprisonment at Woolwich Crown Court.

Jeffrey Okafor will serve a minimum of 17 years after he was found guilty of murdering 19-year-old CBBC star Carl Beatson-Asiedu in 2009.

The court heard how in the early hours of 1st August 2009, Carl died in the street after being stabbed in the heart.

Known as ‘Charmz’, he was a university student and a part-time DJ who was well known on the clubbing scene. 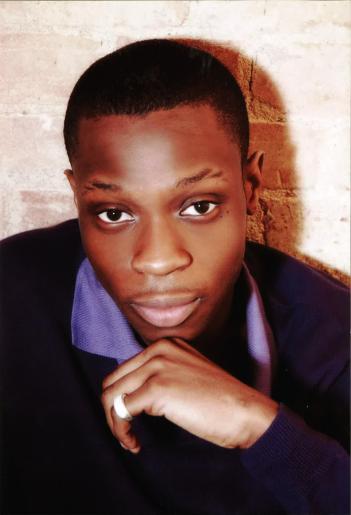 Carl Beatson-Asiedu was murdered in the early hours of 1 August 2009.

On the night he was killed Carl was with friends and had performed a set at the Club Life nightclub in Goding Street in Kennington.

Afterwards, Carl and his friends were walking along Goding Street towards to their vehicle, when they were approached by a group of men.

Some were known to Carl and his friends as they had previously attended the same college.

An argument broke out between one of the men and one of Carl’s friends which led to an altercation.

Carl became separated from his friends and was fatally stabbed by Jeffrey Okafor.

CCTV Still of Jeffery Okafor on night of the murder. Pic: Met Police

He collapsed in the street and was found lying in the road by other friends who were driving past.

They placed him in their car and drove in the direction of the hospital.

En route police officers came across the car in Bayliss Road and discovered Carl in the back seat, where they provided first aid.

The London Ambulance Service and London’s Air Ambulance also attended but despite their efforts he died at the scene.

A post-mortem held at Greenwich Mortuary that same day gave the cause of death as a single stab wound to the heart.

The friend who was with Carl in the moments leading up to his murder was also stabbed during the incident.

He recovered from his injuries.

Within an hour of the attack Okafor telephoned his girlfriend and told her that he had been involved in the incident saying ‘there had been a madness.’

Okafor later told his girlfriend that he had stabbed ‘Charmz’ in the stomach.

He gave her a pair of black gloves he had worn on that evening and asked her to look after them.

Days later he also asked her to dispose of his distinctive T Shirt in a bin in the road.

When police identified and spoke to his girlfriend she handed them the gloves which were found to have Carl’s DNA on them.

Detectives attended Okafor’s home address but he was not there.

It later became apparent from enquiries and from his account at trial that he managed to escape out of the back window into a neighbour’s garden returning when the police had left.

Okafor then went to the bank and withdrew all his funds before travelling to Barking where he checked into a hotel for three days.

On 17th August 2009, Okafor was captured on CCTV with his brother Junior at Heathrow Airport.

The brothers swapped clothing and Jeffrey Okafor left the UK on a flight to Lagos, Nigeria, using Junior’s passport. 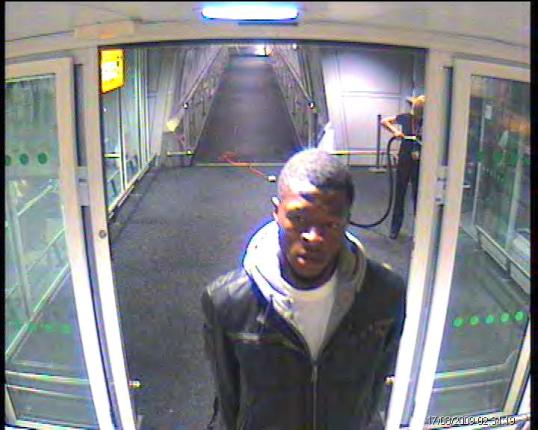 Jeffrey Okafor at the airport, where he swapped clothes with his brother and travelled to Nigeria. Pic: Met Police

In Nigeria, Okafor began building a new life, but in the lead up to the fifth anniversary of Carl’s murder, detectives supported by Carl’s family, renewed their appeal to trace him.

A reward of £10,000 for information was secured and promoted worldwide via the media and Facebook.

Vital information was provided to detectives and with the help of the Nigerian authorities and the British High Commission. Okafor was arrested on 23 September 2014.

He was apprehended in Warri, Delta State by Nigerian police officers.

During his five years on the run, officers discovered he led a relatively comfortable life aided by others.

He studied at Novena University and even joined the National Youth Service Corps completing part of the equivalent of national service.

Okafor was extradited back to the UK on 6th November 2014, where he was arrested and charged with Carl’s murder.

Jeffrey Okafor fled the UK to Nigeria illegally under a false identity in the hope of evading capture. He lived a relatively comfortable life and even had the opportunity to study at university.

There is no doubt that he was supported by others both in the UK and in Nigeria. In the five years he was on the run he was living a life that Carl should have been living but he was never afforded the opportunity to finish university.

Carl’s death has had a profound effect on his family and they have waited a very long time to see justice served. The MPS has supported the family through the previous trials and over the course of the past five years since Carl’s death.

Carl’s family and friends have shown faith in the police to bring to justice all of the people involved in Carl’s murder. I can only commend them for their steadfastness and patience and I hope that seeing their son’s killer finally behind bars brings some form of comfort to them.

Today’s sentence should serve as a warning to those who attempt to evade justice. No matter the length of time or distance we will do all we can, using all means available to us to find you.

This was an international manhunt and Okafor’s detention would not have been achieved had it not been for the assistance of the Nigerian Police Force, the British High Commission in Abuja and the Nigerian Ministry of Justice.

I would like to thank them all for the help they provided in securing Okafor’s return to the UK.

I am pleased with the sentence that has been handed down today and I hope that this brings some small measure of comfort to Carl’s family.

In August 2010, Junior Okafor was sentenced to four years’ imprisonment after pleading guilty to assisting an offender.

Lynn Kanebi, their mother, was acquitted of the same charge following a trial that same year.

Carl’s stage name was ‘Charmz’; it was a name he acquired because of his charming, joyful and friendly nature. Those who were fortunate enough to have known Carl have testified that he brought sunshine and joy to a lot of people on so many occasions.

Carl was precious, loving, charming and was always smiling. After Carl’s death we received letters from all the organisations he worked with, the university and college he attended and over 10,000 people who joined a tribute group on the social networking site Facebook, there were hundreds of messages that showed Carl was truly loved and admired; he touched so many lives in such a short life time.