London goes ‘pink’ for the Princess of Cambridge 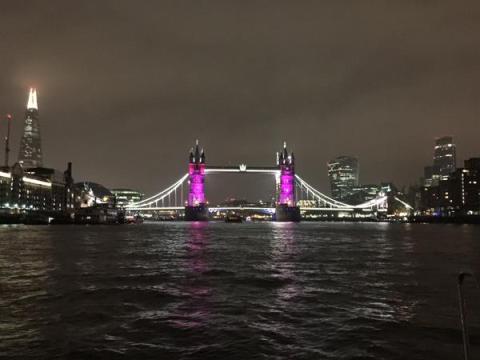 London landmarks went pink overnight in celebration of the birth of the princess of Cambridge in the Lindo wing of St Mary’s Hospital Paddington.

And the new arrival for the Duke and Duchess of Cambridge- known informally to the public as William and Kate- is being hailed as a boost to the capital’s tourist industry.

VisitLondon is predicting that the capital will welcome nearly 32 million UK and overseas tourists this year – well up on the 29.1 million total achieved in 2013 – the year Prince George was born.

Even the fountains in Trafalgar Square took on the pink theme last night.

Pink fountains in Trafalgar Square to celebrate the birth of the new Princess! pic.twitter.com/TN1sUjl4Cu

London & Partners is the Mayor of London’s official promotional company which runs VisitLondon.com.

We are delighted for the Duke and Duchess of Cambridge on the arrival of the new princess, the news of which will make it an extra special bank holiday across London.

While it’s impossible to quantify the effect the birth of a new royal baby will have on the number of tourists visiting London, it’s clear that London’s tourism is going from strength the strength, and its royal connections and attractions are key drivers that attract people from the UK and abroad to the capital. 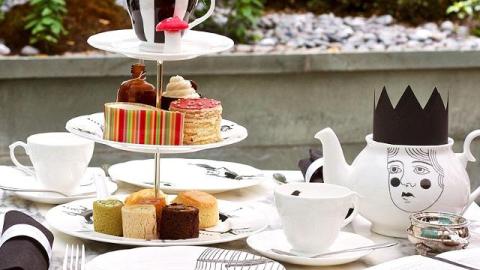 The arrival of the newest member of the royal family is being celebrated with regal-themed afternoon teas, packages and special offers in well-known restaurants and department stores.

In a more feminist age the association of the colour pink with girls and blue with boys is being criticized as ‘a binary trope’ and ‘a sexist reversion.’

There will be much less pressure in the 21st century for William and Kate’s daughter to feel obliged to wear colours linked to her gender.

She’ll be growing up in an age when gender stereotypes have been and are continuing to be challenged.

Part of this shift is reflected in the ending of male bias in the order of Royal succession.

The new princess will also, unlike Anne, not be overtaken in the line of succession by any future younger brothers.

The Succession to the Crown Act came into force in March this year and removed the male bias.

The Princess- yet to be given a name- is, therefore, fourth in succession to the throne:

1. The Prince of Wales

2. The Duke of Cambridge

4. The new Princess of Cambridge

It’s nice to have the gender balance restored. It has been unusual that there’s been so little in the way of girls in the royal family for such a long time.

George III had lots of daughters and so did Edward VII. There has been a dearth of young princesses in the close royal family.

Quite a number of queen consorts have been tough and formidable in their own right. What is nice is that women born into the royal family make their own way.

It’s the women in the last couple of centuries who have lived longer and in a sense done more and wider things.