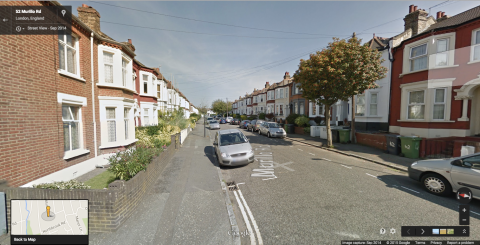 Detectives are appealing for information and witnesses after a teenager was stabbed in Lewisham.

Police were called to Murillo Road at approximately 11.10 PM on Sunday 3rd of May after receiving reports that there were males fighting in the street.

Officers and London Ambulance Service attended the scene and found a 16 year old boy had been stabbed.

He was taken to a hospital in South London where he remains in a critical condition.

Police are not aware that there were any other injuries.

A 17 year old male was arrested on suspicion of violent disorder and remains in custody at a south London police station.

Enquiries continue to establish the full circumstances and ascertain whether any gang affiliation played a part in the incident.

Anyone who saw the fighting or witnessed anything at all suspicious in the area of Murillo Road on Sunday night should call officers from the Trident and Area Crime Command on 020 8247 4877.

Lewisham police revealed their involvement in the incident in a tweet first thing this morning.

Team E (Premier) with you this morning. Dealing with a large crime scene in Murillo Rd where male stabbed, a hospital guard to name a few