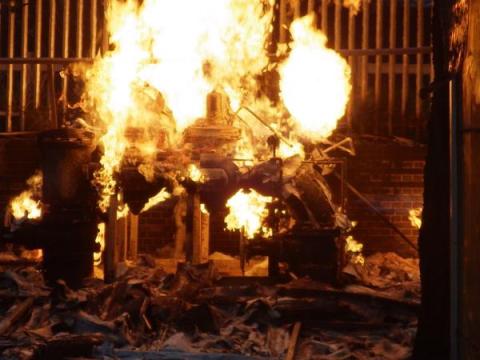 A fire at a single storey wooden structure containing a domestic gas regulating station closed railway stations in Cricklewood at the weekend.

Cricklewood Lane and Cricklewood rail station were temporarily closed as a precautionary measure.

The Brigade was called at 1.55 AM and the area was declared safe again just after noon.

The cause of the fire is currently under investigation.

Works on Cricklewood Lane after his morning’s fire. pic.twitter.com/wYDfmoiHAj

After about 12 hours, the first trickle of traffic – Cricklewood Lane fire pic.twitter.com/QmtmctwjOp