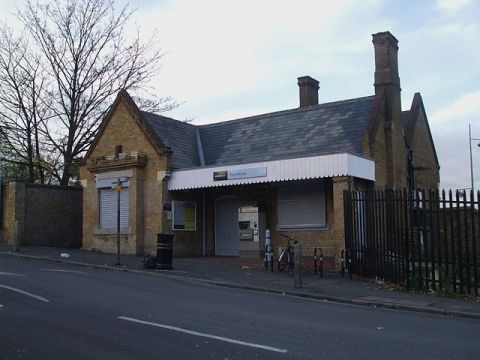 Police officers in Plumstead have been threatened with knives and injured after a pursuit of two men who’d stolen a car.

At around 5 am on 3rd of May, police in a patrol car pursued a speeding car driving down Walmer Street.

The speeding vehicle eventually lost control and collided with vehicles that were parked in Walmer Terrace.

Police arrested one man on suspicion of aggravated vehicle taking at the scene, before he was taken to hospital by London Ambulance Service with non-life threatening injuries.

The other man was seen on CCTV fleeing from the car into a property on nearby Ann Street.

Officers forced entry to the property and arrested him, also on suspicion of aggravated vehicle taking.

He was also taken to a South London hospital with minor injuries.

The Met Police say another person inside the property then threatened the police with two knives who responded by using a taser on him.

He was arrested for attempted GBH and affray and is in custody at a South London police station.

A fourth man inside the property was also arrested for affray and obstructing police, and was taken to hospital with minor injuries.