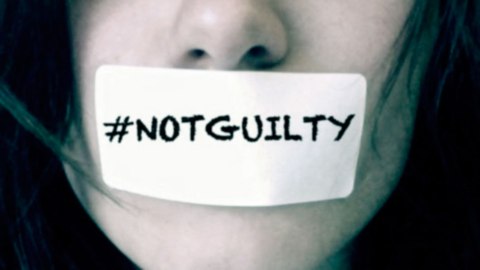 A 17 year old male has been detained for two years for a carrying out a sexual assault on a young woman in a Camden street.

The victim, 20 year old Oxford student Ione Wells, waived her right to anonymity and wrote an open letter to her attacker after the assault, launching the #NotGuilty campaign which highlighted that such assaults are never the fault of the victim.

The youth had admitted the offence during a hearing at Highbury Corner Magistrates’ Court and will serve his sentence in a young offenders’ institute.

This attack had such an impact on the victim – Ione Wells – that she recently wrote an open letter to the defendant.

I applaud her bravery in doing so and emphasising that she and her local community will not stand for this type of deplorable behaviour.

I am pleased the youth was quickly identified by police and at least admitted his crimes in court.

The attack occurred in the early hours of Saturday the 11th of April.

He followed Ione as she left Chalk Farm tube station and attacked her in Ainger Road, near her home.

The attack was only stopped when her screams were heard by neighbours, who confronted the attacker.

He was arrested a short while later after the victim gave a description of the suspect and officers checked CCTV footage.

In an impact statement read out to the court on behalf of Miss Wells, she described the psychological harm she has suffered, including anxiety attacks, insomnia and recurring flashbacks.

She added that a lot of her anxiety comes from thinking about what could have happened if the attack had not been stopped, including whether she would have been raped or fatally injured.

Thank you for helping to prove that community is boundless. Exclusion of others & prejudiced words and acts are never acceptable.