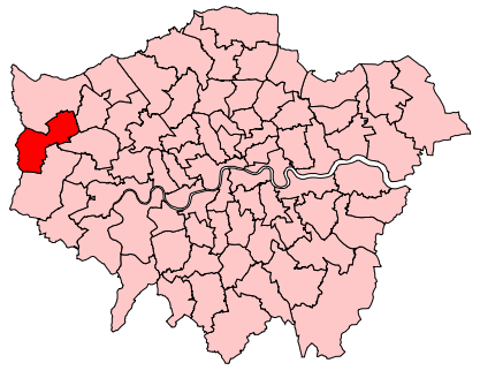 Map of the UK Parliament constituency of Uxbridge and South Ruislip.

Welcome to the Londonmultimedia news coverage of the Uxbridge and South Ruislip count at the General Election 2015.

Lots of tired faces at Brunel University. Boris Johnson won the seat as it was expected.

It’s time to go home and have some sleep, it’s been a long and exciting night. Thank you very much for following us.

06:05 am. Boris leaves Brunel University as an MP for Uxbridge & South Ruislip. 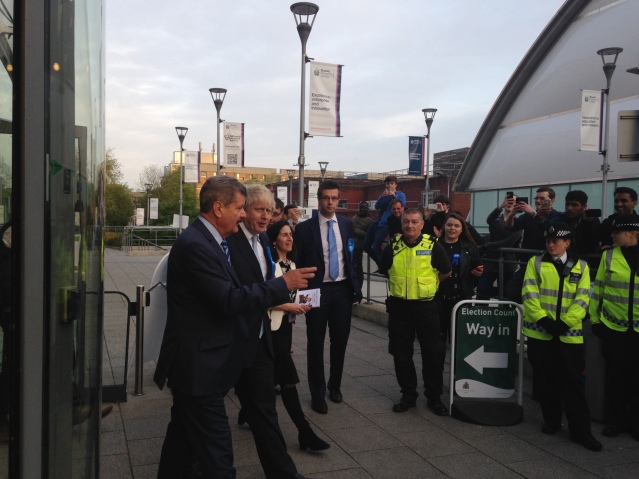 Chris Summers has said he thinks people have fallen for the cult of celebrity when voting Boris Johnson.

05:30 am. Video and audio from Boris Johnson’s speech after being elected MP for Uxbridge & South Ruislip. 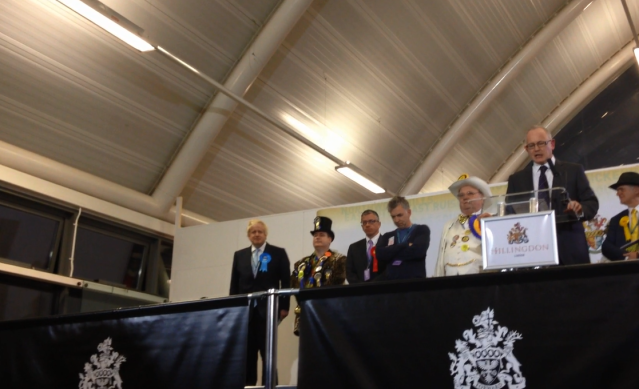 The Candidates wait for the Returning Officer to announce the winner.

4:30 am. BREAKING: Boris Johnson is the MP for Uxbridge and South Ruislip.

4:20 am. The Returning officer has called the candidates for Uxbridge and South Ruislip.

4:15 am. Results for Ruislip, Northwood and Pinner announced.

Conservative Nick Hurd keeps his seat with over 30.000 votes. 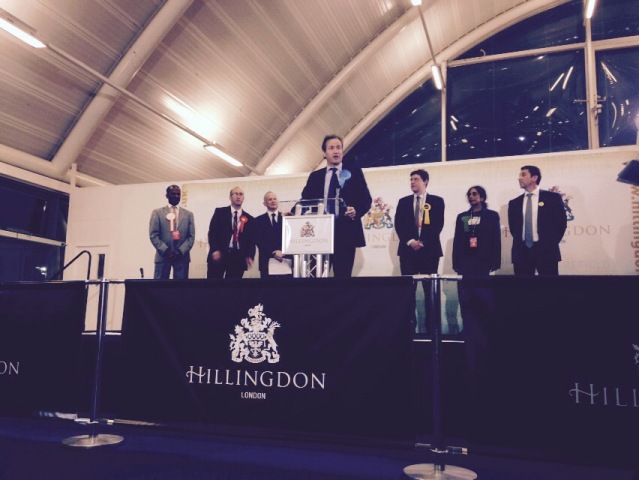 Nick Hurd thanked his team and his voters.

4 am. Lots of tired faces in the room. We’re still waiting. 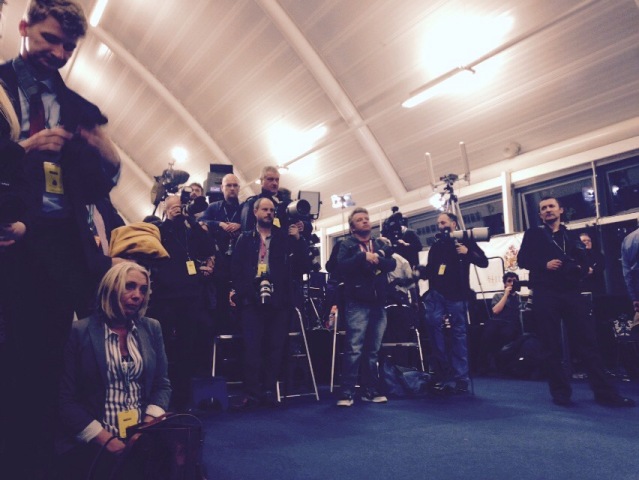 Journalists are patiently waiting for the results to be announced.

3:45 am. Journalists gather in front of the stage as results are expected soon. 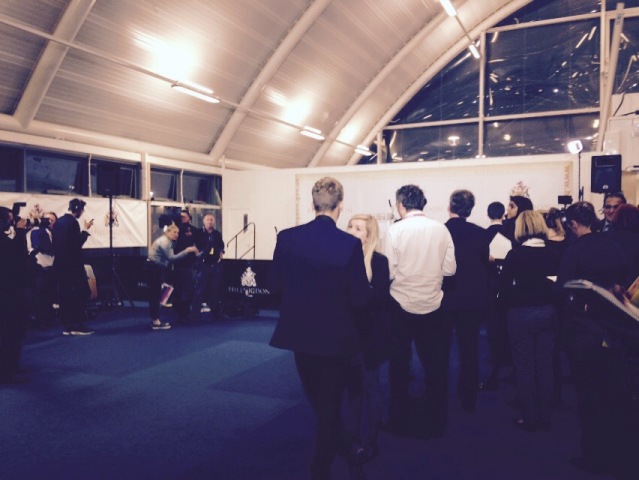 3:40 am. The candidate of The Official Monster Raving Loony Party, Howling ‘Laud’ Hope, waits for results. 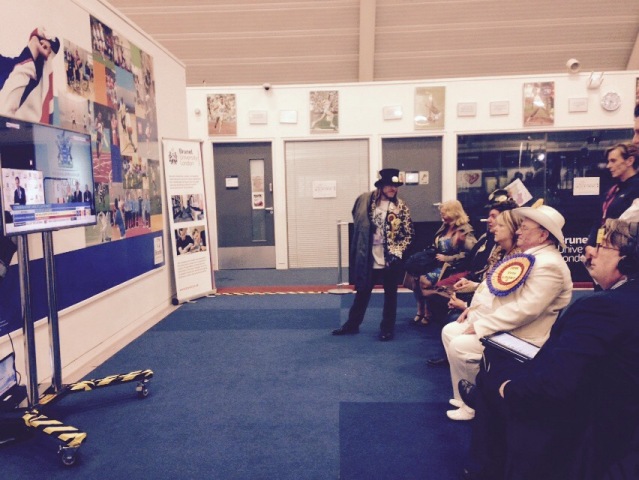 People gather in front of the television to see what the results are in other parts of the UK.

3:17 am. The count still goes on. Results expected in about an hour now. 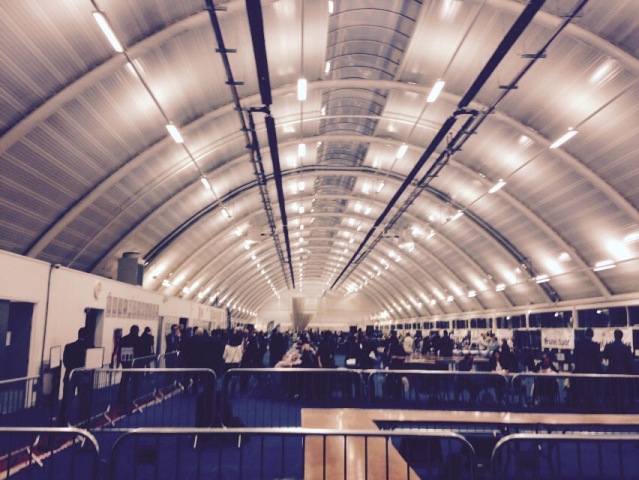 3:15 am. Boris Johnson is back in the building. 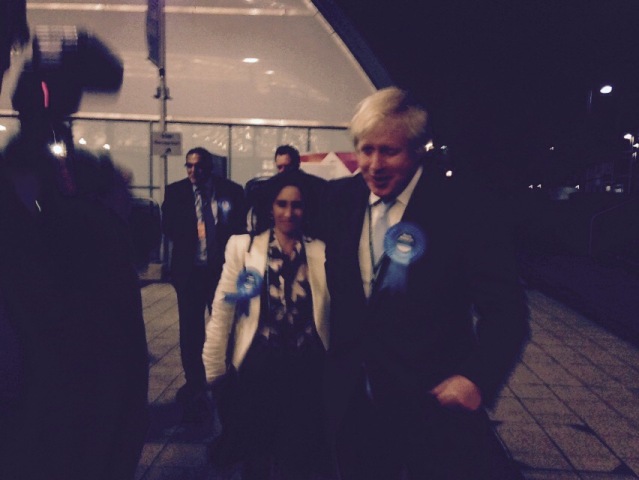 Boris Johnson has arrived with his wife Marina Wheeler. 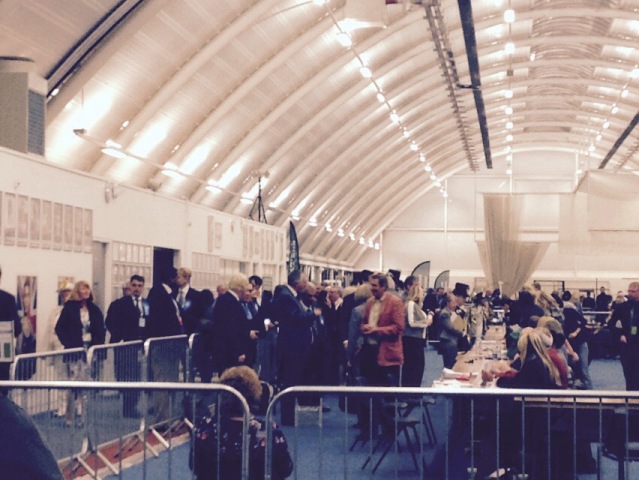 He’s meeting other candidates and members of staff.

2:55 am. We’ve been told we might get the results earlier than expected. Maybe in about 90 minutes.

2:20 am. I’ve had some technical problems, but thanks to fellow reporter Tayo Popoola I can share the video of Boris Johnson leaving the building at Uxbridge.

He’s been followed by the press and fans who have been standing outside just to see him.

2:05 am. The vote count is still going on at Brunel University. 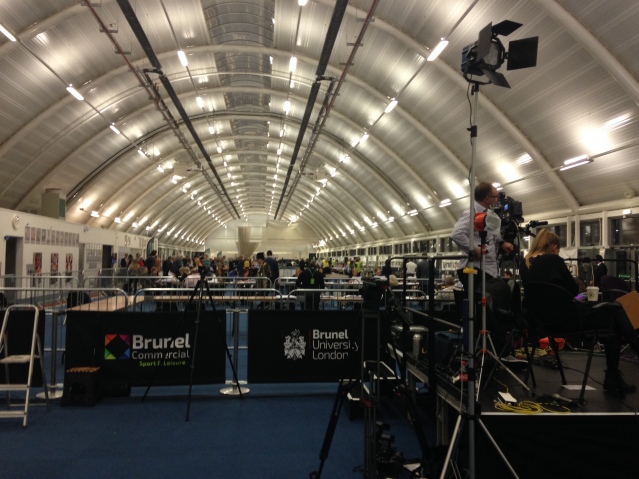 The vote count is still going on.

Journalists patiently wait for the results in the Media Centre. 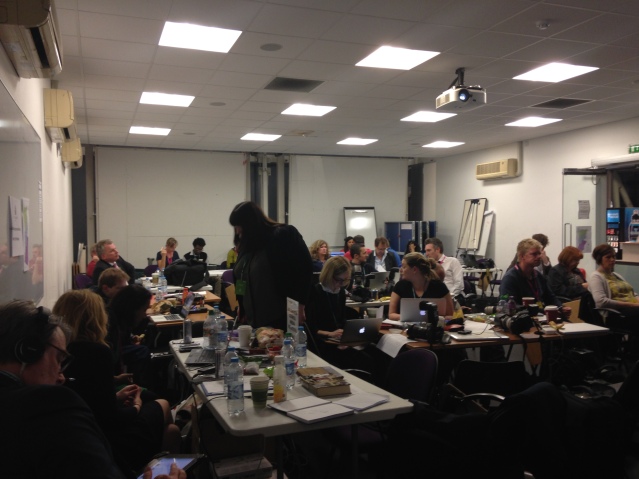 1:13 am. The vote count is on schedule. The results are expected for 6 am.

0:50 am. Boris Johnson has left the building. There are some young supporters outside waiting just to see him.

We’ve spoken to 19-year-old Olivia. She’s a student at Brunel University and she’s told us what she likes about the Conservative candidate.

He’s been speaking to members of staff and people counting votes.

11:30 pm. Lord Toby Jug has arrived at Brunel University, and he’s brought the cardboard figure of Boris Johnson with him! 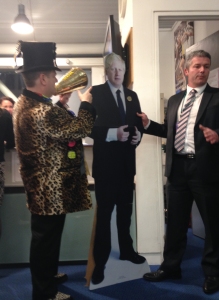 Lord Toby Jug has brought a cardboard figure of Boris Johnson to the vote count.

He’s talking to the press at the moment. 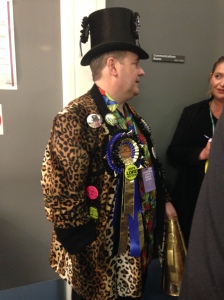 Lord Toby Jug is talking to the press.

11:15 pm. Lord Toby Jug is the candidate from The Eccentric Party of Great Britain for Uxbridge & South Ruislip.

He’s just tweeted a picture in which he appears with a cardboard figure of Conservative candidate Boris Johnson.

LMMN reporter David Waters interviewed him a few weeks ago.

Whatever the result tonight we gave it our best shot. Thanks to all at @UxbridgeLabour who worked so damned hard over last 9 months #GE2015

10:49 pm. Ballot Boxes have arrived and the count is officially underway. 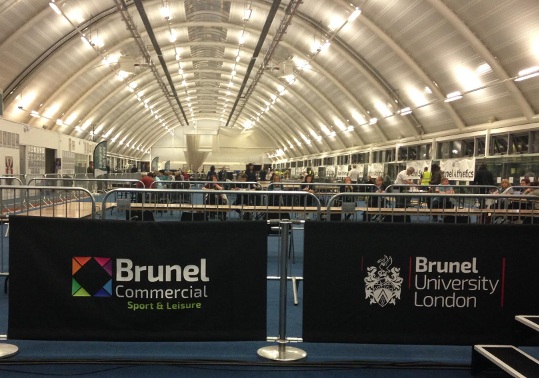 The counting gets underway

It’s expected that results will be officially announced at around 6 am, it’s going to be a long night.

UKIP candidate for Uxbridge & South Ruislip Jack Duffin has tweeted about it.

The constituency is a safe Tory seat.

Boris is standing as an MP for the second time, having previously served as the MP for Henley.

He’s expected to be elected by a very large majority and exit polls are predicting conservative gains across the country. 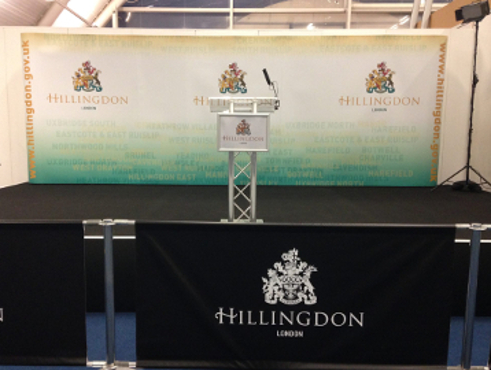 The podium at Uxbridge and South Ruislip

In the 2010 election, outgoing conservative MP John Randall won a comfortable victory, taking 48.3 per cent of the total vote.

This was more than double that of his nearest rival from the Labour Party.

Mr Randall is standing down after 18 years.

Candidates standing in the Uxbridge and South Ruislip are: