35 people evacuated from flats in Lewisham after chemical leak 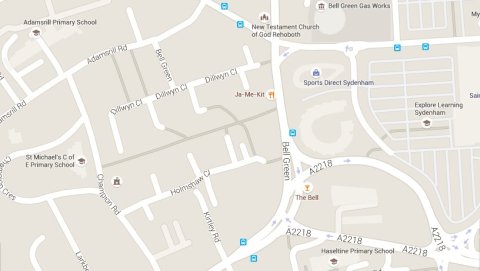 Fire crews have been called to investigate reports of a strong smell of chemicals in a block of flats on Bell Green in Lewisham yesterday evening.

Firefighters wearing special breathing apparatus used equipment to carry out a sweep of the ground floor of the building, where residents had reported the smell to be coming from.

We dealt with a 'smell of chemicals' at a block of flats in #Sydenham. © @MichaelSnasdell london-fire.gov.uk/LatestIncident… http://t.co/g4MK0epE9W

The investigation led to the discovery  of a leak of chemicals in a service cupboard.

The chemicals are believed to have leaked from the building’s energy system.

Around 35 people left the block before the Brigade arrived at the scene along with the London Ambulance HART and Police.

Today we attended several crew assists and a strong smell of chemicals in a block of flats in lower Sydenham,thankfully no casualties .

Police escorted the evacuees to a place of safety and they were allowed to return to their homes after the incident was over.

No one was injured.

The Brigade was called to  incident was over at around 8 pm last night and it was over within two hours.

Three fire engines and around 15 firefighters and officers from Lewisham, Forest Hill and Beckenham fire stations attended the incident, as well as a range of specialist vehicles and their equipment.

Partial evacuation of flats in Bell Green due to a hazardous substance leak. @SthLondonPress @NewsShopper http://t.co/a4NhySdS1V