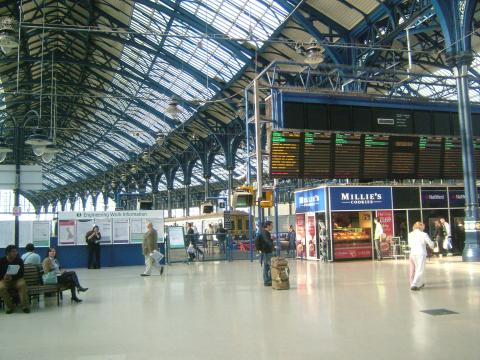 A popular commuter service from Brighton to London has been rescheduled, after figures showed that it arrived late every single day in 2014.

In a bid to improve the ‘on time’ figures, the 7.29 am Southern Rail train will now be scheduled to arrive in London three minutes later, and it will skip East Sussex stop Wivelsfield.

These changes are coming into effect as part of Southern Rail’s new summer timetable, which will begin on Sunday.

From Sunday 17 May a new timetable will be in place. Please check ahead to see if there are any changes to your train http://t.co/LF9b9jwKvZ

As part of the summer timetable changes, the rail firm is also scrapping the 6.56am service from Brighton to London Victoria.

Train services from Brighton to London are already depleted due to work taking place on the line to London Bridge.

Brighton is a popular place to live for people who work in London, but high rail prices and unreliable services can make the journey difficult.

People who use the Southern Rail service have taken to social media to express their frustrations:

No conductor on the 07:29 Brighton to Victoria … Are you kidding me? late yesterday due to 'signalling problems' jokers! #southernrail

More overcrowding on the 17:45 from Brighton due to lack of additional carriages. Why only 3 at peak time? Outrageous #southernrail #trains