Two men jailed after the police discovered 35 kilograms of Heroin 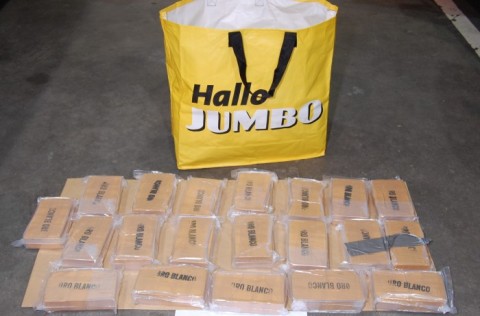 Two men have been jailed following the smuggling of 35 kilograms of heroin into the United Kingdom.

They’ve together been sentenced to total of 22 years imprisonment at Snaresbrook Crown Court.

The drugs were estimated to have a street value of £5 million.

Time line of the case

Sabri Karatas aged 36 from Harrowgate Road was observed driving around the small village of Heckmondwike in Yorkshire.

He stopped his vehicle in Bradford Road, Flush and a Dutch-registered articulated lorry pulled up beside it.

The driver of the lorry was 30 year old Daniel Berende from The Netherlands.

Mr Berende passed a large yellow package to the driver of Karatas’ vehicle.

Karatas was arrested a short time later and the yellow package was discovered.

It was found to contain 40 rectangular blocks of heroin, weighing a total of 20 kilograms.

The Police then searched Karatas’ home address in Hackney where officers found a converted Baikal firearm, magazine and ammunition.

Investigations continued where at Harwich International Port, Berende was stopped while driving a different Dutch-registered lorry.

Inside the cab, were 45 packages.

40 of the packages were rectangular and each weighed 250 grams.

The other five each weighed a kilogram, making a total of 15 kilograms of heroin.

Karatas  pleaded guilty to the charges held against him.

He was jailed for:

Berende pleaded guilty to the these offences:

They went to jail yesterday to serve their sentences.

This was a sophisticated, well-organised operation, focused on smuggling heroin into the UK. The misery that these drugs would have caused cannot be underestimated. I am pleased with today’s sentences, they send a clear message that such activities will not be tolerated in our society.

I would like to praise my team for their excellent work in securing the convictions of these men and removing a huge amount of heroin and a firearm from the streets of London. This is another example of our commitment to tackling organised crime.