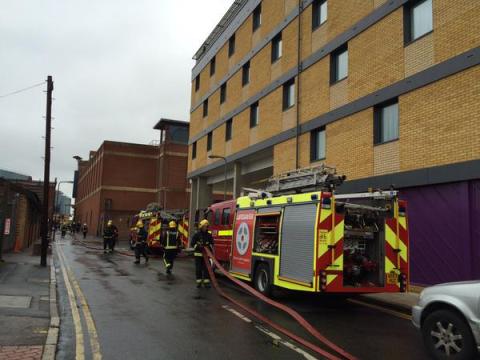 Fire in underground car-park at hotel in Bexleyheath under control. Image: @LondonFire

Four fire engines and 21 firefighters and officers have been attending a fire in the underground car park of a hotel on Albion Road in Bexleyheath.

Part of an electrical intake room was alight.

Around 50 residents and staff were evacuated before the Brigade arrived.

Firefighters were called at to the scene this morning at half 8.

The London Fire brigade is still attending the scene.