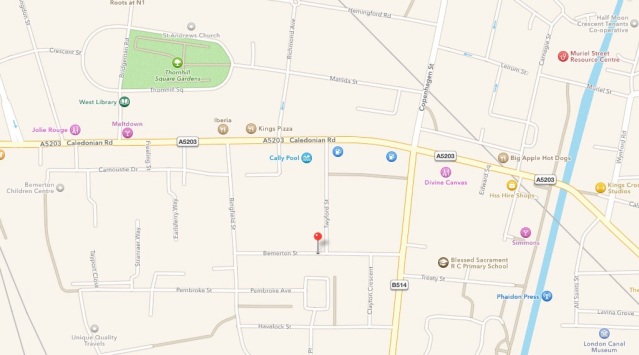 Police are appealing for information and witnesses after a pregnant woman was robbed in Islington.

At around 3.45 pm on Saturday, the 16th of May, a young male grabbed the woman from behind in Bemerton Street at the junction with Clayton Crescent, N1.

The male snatched her phone causing her to fall on the pavement, fracturing her arm.

The 30 year old woman was taken by London Ambulance Service to a north London hospital.

The unborn baby is not believed to have been harmed.

The suspect ran towards Copenhagen Street where he met up with a male accomplice on a mountain bike before making off.

He is described as around 15 years old, 5ft 3ins in height and of average build.

He had shaggy, medium-length, blond hair and was wearing a sky blue t-shirt and jogging bottoms.

Anyone with information that may assist the investigation should call Detective Constable Daryl Cavanagh at Islington CID via 101. To remain anonymous call Crimestoppers on 0800 555 111.