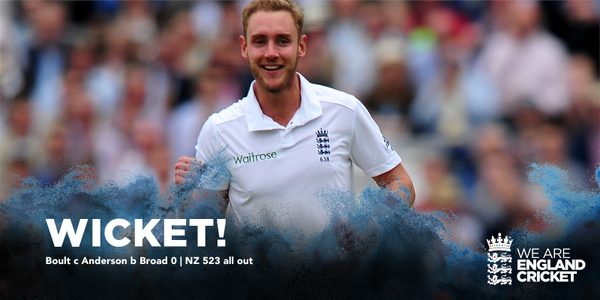 England are optimistic as they begin day four of the first Investec Test against New Zealand.

The hosts are still 60 runs adrift, but have eight second-innings wickets intact.

Cook and Ian Bell took them to 74 for two at stumps.

There was a much-improved bowling display in the third day.

The more helpful conditions made it hard work for the Kiwis.

They are still in a good position having run up a predictable three-figure lead on the back of Kane Williamson’s tenth Test century.

He was one of three bowlers to take three wickets to limit England’s deficit.

Adam Lyth and Gary Ballance then both went cheaply for the second time in the match.

Cook and Bell responded with an unbroken stand of 49.

Mark Wood is hopeful that England can reverse the pressure.