Warning over barbecues on balconies 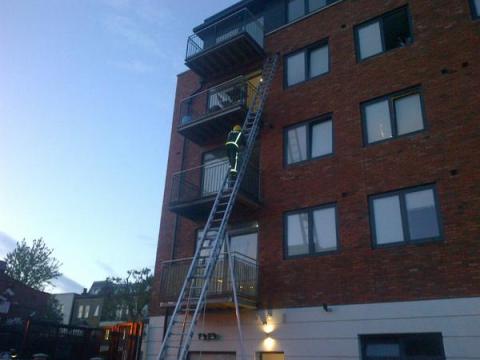 The London Fire Brigade has issued a warning against barbequing on balconies after a flat fire on Manor Park Road  in Harlesden on Friday evening.

It’s believed a balcony caught fire after embers from a BBQ on the balcony above blew downwards and ignited some rubbish.

Passers-by noticed smoke and called the Brigade as the occupants of the flat above had gone back inside and were unaware of the danger below.

The occupant of the flat affected was not at home at the time of the fire.

Station Manager Gareth Cook who was at the fire said:

It was lucky that passers-by noticed the smoke and called the Brigade, as the flat’s occupants were out and the people having the barbeque above had gone back inside. Crews were able to contain the fire to the balcony, but had we not been called, the fire could have taken hold and this story could have a very different ending.

We’d urge people not to light barbecues on their balconies. Balconies are often enclosed and it’s easy for barbecues to get out of control and cause a fire which can then spread to other properties.

If you’re planning a barbecue, it’s important to place the barbecue on level ground and well away from anything that could catch fire, such as fences, overhanging trees and sheds – or in this case, other people’s balconies.

He added: ‘It’s vital that you never leave your barbecue unattended and make sure it’s completely out once finished with.’

LFB says that barbecues should never be lit on balconies due to the risk of them causing fires.

It says that balcony fires are of particular concern given the high proportion of flat-dwellers in the capital – estimates put the number of high rise flats at 45,000 in London alone.

The Brigade was called at three minutes to nine and had the fire under control by two minutes past ten.