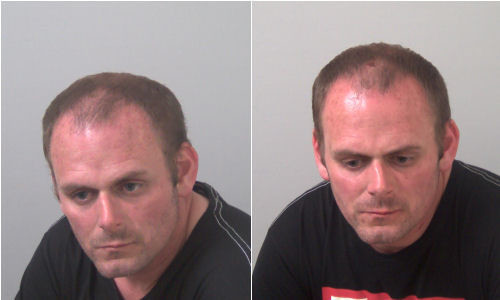 Detectives wish to speak to 34 year old Mark Hayes in connection with the death of his mother. Image: Met Police

Detectives were appealing to trace 36-year-old Mark Hayes following the death of Phyllis Hayes, 65 in Stratford on Thursday, 11thJune.

In the early hours of Friday, 12th June officers from Essex police arrested Mark Hayes on suspicion of murder.

He currently remains in custody at a police station in Grays pending further enquires.

A murder investigation has been launched after a woman in her sixties was stabbed to death at her home in Forest Gate, east London.

Detectives are trying to trace her son who ‘they wish to speak to.’

Police found the body of the victim shortly after midday today at an address in Idmiston Road, E15.

She was pronounced dead at the scene.

Detectives from the Homicide and Major Crime Command are investigating and an incident room has opened in Barking.

Detectives believe the victim was Phyllis Hayes who was around 65 years old and lived at the address.

Detectives want to trace her son, 36 year old Mark Hayes, who lived with her at the address and hasn’t been seen since Monday evening, 8th June.

We are appealing for Mark Hayes, or anyone who has seen him or knows where he is, to contact us at our incident room or police via 101. We would ask that anyone who sees Mark, does not approach him but calls 999 instead. It is possible that he could be in the London or Essex areas.

We are also keen to hear from anyone who lives in, or has travelled through recently, the Idmiston Road area to contact us is they feel they have seen anything they now think is suspicious.

There have been no arrests at this time and enquiries are ongoing.