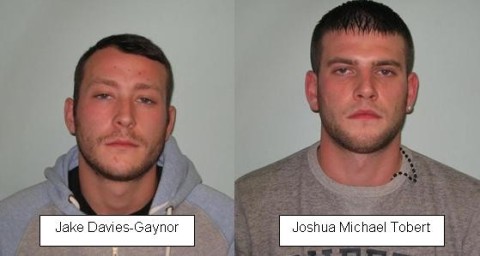 Two men Kingston Police wish to speak to in connection with an assualt in New Malden. Image: Met Police

Police in Kingston have released images of two people they would like to speak to in connection with a violent assault in New Malden.

Police were called after the victim was assaulted by a number of men, some armed with weapons at around 3.20 pm on Monday 22nd June.

A bat was recovered at the scene and a number of other weapons were found nearby.

The victim was taken to a south London hospital where he remains in a serious but stable condition.

Two men aged 55 and 30 have been arrested on suspicion of GBH with intent and have been bailed pending further enquiries to a date in early September.

There were a number of people in the area at the time of this assault who may have seen what happened.

I would urge anyone who has seen these two men, or knows where they are, to contact police immediately.

If you have any information that could assist this investigation, please call police.

Anyone who knows of the whereabouts of Jake Davies-Gaynor and Joshua Michael Tobert is asked to contact Kingston Police on 101 – for an immediate sighting please call 999. Alternatively call Crimestoppers anonymously on 0800 555 111.