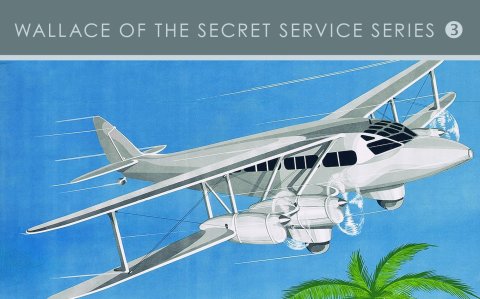 A Goldsmiths academic’s investigation into the life of a mysterious spy author has led to the republication of his novels over 80 years later.

The London publisher Allison and Busby is planning to release all nine novels of Alexander Wilson’s Wallace of the Secret Service books in the next year.

Wilson’s first three espionage books The Mystery of Tunnel 51 and The Devil’s Cocktail (1928) and Wallace of the Secret Service (1933) have been selling strongly with the Daily Mail saying:

This is the first of nine fast and furious adventures of Wallace of the Secret Service.

With the sequels soon to be back in print, James Bond may find he has a worthy rival.

Wallace of the Secret Service has the fictional ‘C’ of Britain’s imperial intelligence service confronting Lenin and Gandhi.

Alexander Wilson’s significance as a writer has been discovered as result of the investigative research by Goldsmiths Professor Tim Crook.

In a talk with readings from the author’s novels at Ramsgate Music Hall Tuesday 7th July, Professor Crook will be looking at the connections between Wilson’s fiction and his extraordinary life. 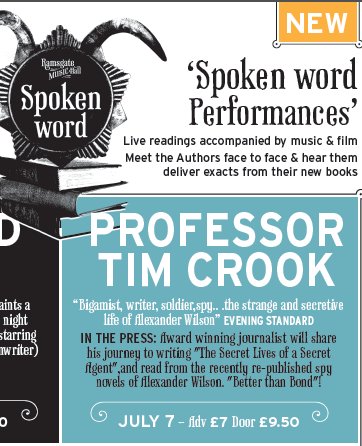 He was an officer in the Great War, severely injured by shrapnel, a merchant seaman travelling the world, a university professor and principal in British India, and an MI6 officer for 3 years during World War Two. 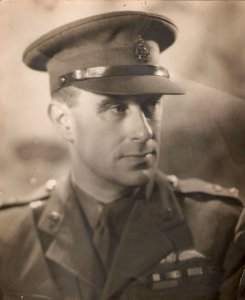 Crook discovered that the background of his crime fiction was informed by the author’s own experience of imprisonment in Canada and London. 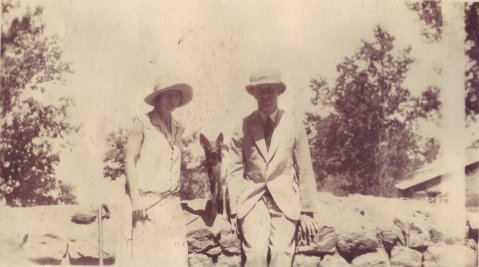 Wilson died in Lancaster Gardens, Ealing in 1963 and wrote many of his books while living in Little Venice, Earl’s Court and Hendon.

One of Wilson’s granddaughters is the Olivier and Golden Globe award-winning actress Ruth Wilson.