London’s Remembrance Day and the politics of the poppy 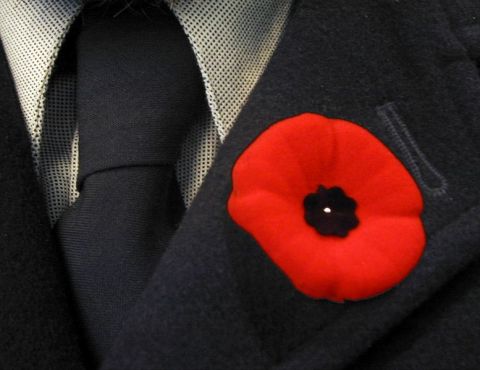 You could have been forgiven that London is covered today by a sea of red poppies.

From lapel pins to the sides of train carriages to the fronts of lorries whizzing down the street.

We know the brightly coloured flower to be a symbol of Armistice Day, or Remembrance Day as fallen soldiers from all wars, but particularly World Wars I and II are commemorated.

But where did this symbol originate?

What implications does it hold for society as the living memory of the World Wars begins to pass?

And where do those who consider themselves nonviolent draw the fine line between respectful commemoration, and the pacifism that is such an important part of their ethical code?

The widow and young son of murdered soldier Lee Rigby laid wreaths in Woolwich as large numbers of people in the capital observed two minutes of silence for armistice day.

Jack Rigby and his mother Rebecca attended a service at St George’s Chapel, where Fusilier Rigby’s name has been engraved on a brass plaque.

#Lestweforget: Today the UK united in remembrance of those who lost their lives for #ArmisticeDay https://t.co/Trq0V29t2R

Veterans and their families joined serving military personnel at the Cenotaph in Whitehall.

Singer Cerys Matthews read an extract from the Times newspaper from October 1915 about the deaths of 41 only-sons in battle.

The Queen marked the two-minute silence privately at Buckingham Palace with her family.

Fusilier Rigby’s name was one of 11 unveiled on a memorial to honour service personnel and civilians.

The 25-year-old soldier was killed outside his barracks in Woolwich, south-east London, in May 2013 by two Islamic extremists.

A handwritten note on a wreath laid by his son Jack read:

To daddy, me and mummy miss and always love you.

91 year old Second World War veteran Danny McCrudden sang The Impossible Dream to crowds gathered at the site ahead of the silence.

The Last Post was sounded by a bugler from the band of Her Majesty’s Royal Marines at the Imperial War Museum in London.

A recital was also played on a violin made from sycamore and pine trees which grew in the former battlefields on the Western Front. 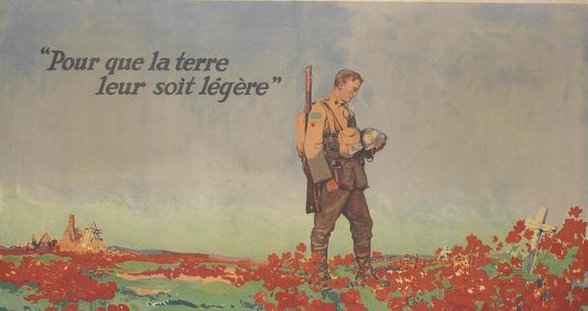 Poster produced in France to remember those killed during the Great War of 1914-18 from the collections of the Imperial War Museum.

Chelsea Pensioners observed the two-minute silence at Lloyd’s of London, where a remembrance ceremony was held on its trading floor.