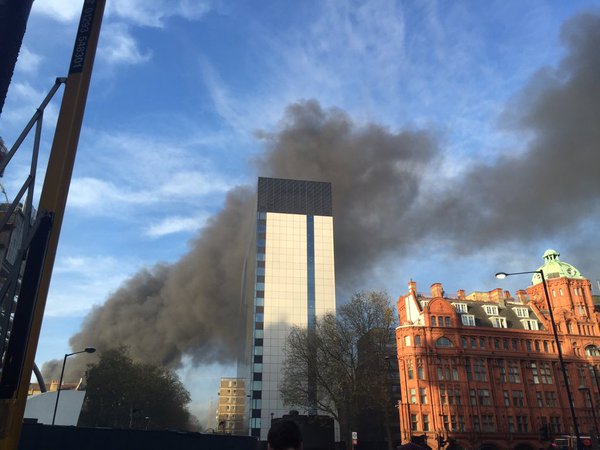 The London Fire Brigade has taken many calls after huge clouds of black billowing smoke filled the City of London skyline during the morning rush hour.

Five floors of the six storey building under demolition were affected by the blaze.

Station Manager Gareth Cook who was at the scene said:

Crews worked hard to contain this blaze and to stop it from spreading. The main fire was concentrated around the building’s central lift shaft. This created a chimney effect, which is why smoke could be seen for miles around during the early stages of the incident.