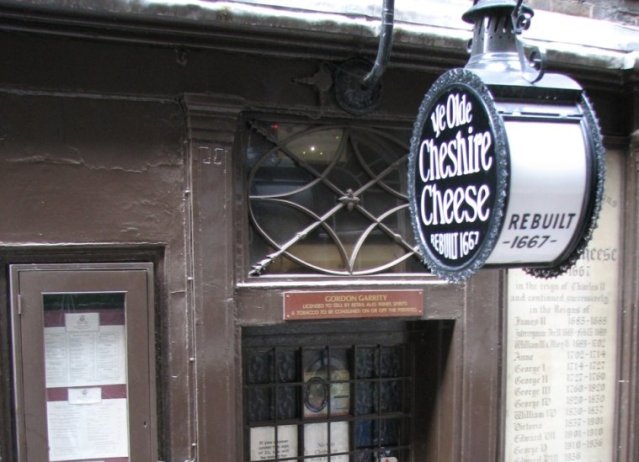 Ye Old Cheshire Cheese off Fleet Street. Image: by Banjobacon at English Wikipedia. Licensed under CC BY 2.5 via Commons.

London Firefighters have prevented the famous Ye Olde Cheshire Cheese pub going up in flames by controlling a blaze in a neighbouring sandwich shop.

The fire damaged two flats above the shop in Fleet Street.

Ye Olde Cheshire Cheese is one of London’s most historic pubs.

It was Dr Johnson’s local and rebuilt a year after the Great Fire of 1666.

Quick actions by our firefighters meant that the fire was confined to the shop’s extraction system and the two flats above. Hard work by crews at the scene also ensured the shop’s interior was unaffected and that the blaze didn’t spread to the historic Ye Olde Cheshire Cheese pub next door.

Six fire engines and around 35 firefighters from Euston, Soho, Lambeth and Dowgate fire stations took part in the operation.