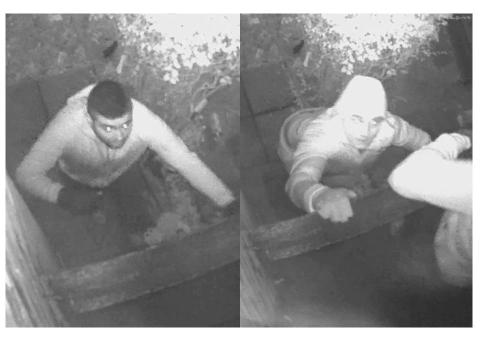 This follows a home owner in Warwick Gardens disturbing two men who’d forced entry and fled through a window.

They escaped across the back garden on Tuesday evening 29th December.

The police were called at around 9.15 pm.

Detectives are appealing to the public to help identify the suspects or for any information that could assist their investigation.

Detectives are asking anyone who was in the area of Warwick Gardens around the time of the incident and saw anything suspicious to contact police via 101. Alternatively, call Crimestoppers anonymously on 0800 555 111.

And he’s published a guidance briefing for the installation of Domestic CCTV.