High drama in the first round of the Australian Open 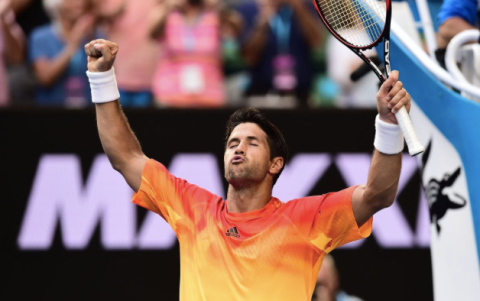 The annual Australian Open tennis competition kicked off yesterday in Melbourne, and there has been no shortage of action in the opening round of the tournament.

This is the first time Nadal has been knocked out of the competition at such an early stage.

"Crazy" Here's Rafael Nadal after his shock first round defeat in the #AusOpen bbc.in/1RxFvat https://t.co/lHMRkq6bjo

Andy Murray eased through round one of the #AusOpen - but round two could be tougher... bbc.in/1Qazjly https://t.co/HVBMGTnsR7

Eighth-seed Venus Williams was knocked out by Johanna Konta in a stunning performance from the Briton.

That feeling when you beat one of your heroes... What a day for Johanna Konta bbc.in/1Pnr5U4 #AusOpen https://t.co/W7wdYk4JkV

Although business continued as usual, the tennis world is still reeling from the allegations made yesterday that secret files exist which prove some top ranked players have thrown matches.

The BBC and Buzzfeed claim to be in possession of the files.

They say the documents show some players were repeatedly flagged to the Tennis Integrity Unit (TIU) over suspicions of match fixing, but that the allegations were not followed up and none of the players were disciplined by the TIU.

The BBC claim that three of the matches suspected took place at Wimbledon.

top level match fixing claims by BBC and Buzz Sport are laughable, just rehashed old news with a new spin, no proof at all = JOKE

Andy Murray says youngsters must be warned about the perils of match-fixing bbc.in/1nuRlph https://t.co/Owt1K3agq7