The United Nations has released a report outlining what it calls the ‘staggering’ violence that continues to be inflicted on Iraqi civilians.

The report by the United Nations Assistance Mission for Iraq and the Office of the High Commissioner for Human Rights chronicles activity between January 1st and October 31st last year.

It states that at least 18,000 civilians have been killed during this period, whilst approximately 3.2 million individuals have been displaced within Iraq.

A new report released today by the UN has accused the so-called Islamic State of widespread and ‘staggering violence’ across Iraq.

As well as over 18 thousand deaths and millions of internal displacements, IS has also been accused of holding three and a half thousand slaves, mostly women and children.

Approximately half of those killed during the ten months to November last year occurred in the province of Baghdad, with improvised explosive devices or IEDs being the most prevalent means of death.

Although these figures are far below those recorded back in 2006 and 2007 when the sectarian insurgency in Iraq was at its peak, the report states these numbers could well be vastly under-estimated.

Troops, militiamen and Kurdish forces have also been accused of adding to the death toll figures, which was based on the testimony of victims, survivors and eye-witnesses. 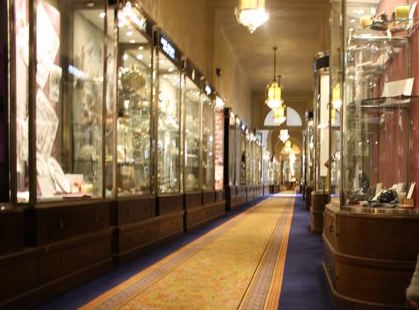 A ‘major blaze’ broke out this morning at the five star Ritz Hotel in Paris, according to the Twitter account of the capital’s police.

No injuries were reported, but approximately 60 firefighters and 15 fire engines were in attendance, which was first reported at 06:00 local time (05:00 GMT).

The renowned hotel is infamous for its celebrity clientele including Charlie Chaplin, Ernest Hemingway and more recently Princess Diana.

Central Paris faced major disruption this morning after a fire broke out at the prestigious Ritz Hotel.

Place Vendome was closed at the height of the morning rush hour, as firefighters on cranes tackled the blaze.

Fire Captain Yvon Bot said the incident, which broke out on the top floor, was unusually hard to access and control.

The luxury hotel is famous for its celebrated guests, including Coco Chanel, Marcel Proust and prolonged royal patronage, including Diana Princess of Wales. The Princess spent her last evening at the hotel with Dodi Al-Fayed before leaving through the rear revolving doors.

The hotel has been closed for three years as major renovations are underway. It was due to re-open later this year.

Massive fire breaks out at the Ritz hotel in Paris dailym.ai/1PnDKGx https://t.co/6KAw2Vothx