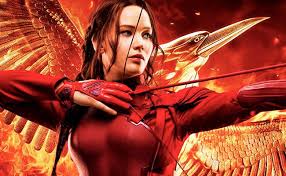 Jennifer Lawrence as Katniss Everdeen in The Hunger Games (Image:Lionsgate)

Have you heard of the Sexy Lamp Test?

No, it’s nothing to do with interior design. It’s about female characters in a work of fiction, and it goes like this:

If a female character can be replaced with a  sexy lamp and the story still basically works, you need to re-write that character.

This is all very amusing, but it shines a spotlight on a more serious issue.

Sexism in Hollywood is a big talking point.

The straight-talking, husky-voiced star of the enormously successful Hunger Games films has broken all box office records for a female-led action franchise.

Her portrayal of Katniss Everdeen earned her the Alliance of Women Film Journalists’ ‘Kick Ass Award for Best Female Action Star’ back in 2013.

And this year, Jay Law’s up for their Female Icon on the Year Award for

‘breaking the silence about discriminatory practises and unequal pay for actresses.’

But the A-lister from Kentucky is more than just an Amazonian action girl.

She won an Oscar three years ago for Silver Linings Playbook, and a BAFTA the year after for American Hustle.

This year she’s heavily tipped for an Oscar for taking the title role in Joy, the true story of a small town girl who grew a multi million dollar business from the Miracle Mop.

So in the run-up to this year’s award season, LMMNews sat down with BAFTA nominated writer and director Ol Parker, who put actress Lena Heedy on the map long before Game of Thrones, with his film Imagine Me and You. 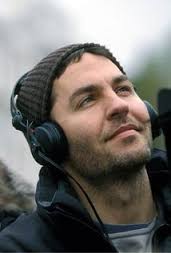 Writer / Director Ol Parker (Image: still  from Imagine Me and You)

And why does he think this side-lining of female roles has managed to continue for so long?

The Sexy Lamp Test may just be a bit of harmless fun.

But the harsh reality is that Hollywood still has a lot of work to do before it passes the more rigorous Bechdel Test.

To pass, the film must fulfil the following criteria:

This is explained with gusto in the following YouTube video by Feminist Frequency – Conversations with Pop Culture. (FeministFrequency.com)

Good luck finding that film at a multiplex near you.

Now pass me the popcorn.

Now read the LMMNews review of Joy by Harriet Onyett