He died a gentlemen and a soldier: William Loring remembered 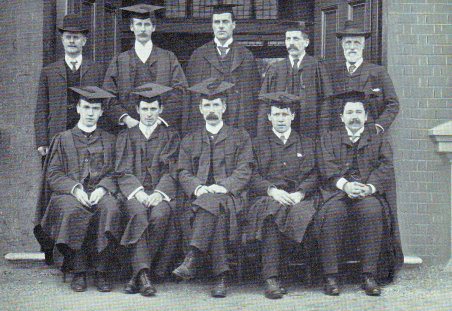 William Loring, the first Warden of Goldsmiths University of London went to war in 1915 and did not return.

His grandson, David Loring has bequeathed his grandfather’s letters and photographs to Goldsmiths and they can now be viewed at the Special Collections and Archives Department.

The event included moving readings from the College archive and academics and students will reflected upon life at Goldsmiths and the wider society of 1915.

He died a gentleman and a soldier.

That’s what the commanding officer said of the first Warden of Goldsmiths, William Loring, who along with many students and members of staff one hundred years ago, went to war and did not return.

We’re here tonight to remember and pay tribute to them.

William Loring was a veritable superman of his age. He won multiple scholarships at Eton and then Cambridge University where he studied Classics.

He was a leading archaeologist- taking part in significant excavations in Greece.

He fought courageously in the South African War of 1899 to 1902 reaching the rank of Captain and being awarded the Distinguished Conduct Medal and mentioned in Dispatches.

By the time he came to Goldsmiths in 1905 he was a qualified barrister and had developed a successful career in the civil service and education.

Captain Loring was shot in the leg by a sniper on the front-line on 21st October 1915.

His fellow soldiers expected him to survive, but gangrene had developed and three days later he was advised that he needed to have an urgent operation on the hospital ship Devanha to which he had been taken.

This is Captain William Loring’s final letter, written on board the transport ship Transylvania as they approached Gallipoli towards the end of August 1915.

The letter is written to his wife, Theo, on the morning of the day that he died.

Read by the award-winning playwright, director and lecturer at Goldsmiths, Richard Shannon:

Hospital Ship
24th October 1915
Dearest Theo
It has just been sprung upon me that I must have my leg off, – to avoid danger to life. The operation is not dangerous, – the wound itself having been the shock to the system and comparatively little remaining to be done.
I hope to be able to wire long before you get this letter that all is well. I expect I shall be taken to Alexandria. Then sent very soon to England direct from Lemnos.
Dearest dearest love to you much love and many kisses to the dear boy.
Yr loving WL

The following letter was written by Nurse (sister) Kathleen J Cooney to Capt. William Loring’s wife Mary Theodosia Loring, after he had died.

Forgive me for intruding on your grief. I am the Sister who nursed your husband on the Hospital Ship Devanha, and in talking to him before he was operated on he asked me, if anything happened to him, to send you a line with his dearest love: as his last thought: these were the words he used. I would have written before but got my right hand infected with some poison and was not able to use it.

Capt. Loring was brought on board the morning after he was wounded. (From what I could gather from some of his men who were also patients only a short time passed between when he was hit and taken to the dressing station). When I got him he was weak but not suffering much. The first dressing done on board was under chloroform, it being a fracture and in need of being more comfortably fixed for the journey. Next morning it was dressed again and he had a pretty comfortable day but not inclined for nourishment: the morning after the surgeon decided to take his leg off as gas gangrene had set in: he was just splendid about it all and stood the operation fairly well. After he came round from the anaesthetic he was quite cheerful and happy about himself, and even about five minutes before he died asked me how long it would be before he would be hopping around and if it would not be much sooner than if he had not had the amputation. A minute or so after he became unconscious and just passed peacefully away. I am telling you these details as I know what every little detail means to an aching heart, and if there is anything that you would like to know and I can tell you, please just let me know. His watch he fastened on his own wrist about two hours before he died and I took it off afterwards.

I wish i could just be able to console you in some little way: but words are so very small – the only thing is he had prompt attention all the time, and did not suffer much. I think Major Morton wrote to you – he was just coming over to have an operation and as he was not very bad he was up. Capt. Loring when he was going to his operation asked me not to change his bed so that he should come back next to the Major – he liked him

It is difficult to put things on paper – so will you excuse me if I have done it badly – but I grieve for you, as knowing Capt. Loring only a few days I had learned to know what he was like – and feel what your loss must be. Will you accept my deep sympathy.

Many more letters to and from William Loring during the war, along with other documents, were generously donated to Goldsmiths’ archives.

A good deal of their transcripts can be viewed at William Loring’s memorial website curated by his grandson, David.