Life Beyond the Groove 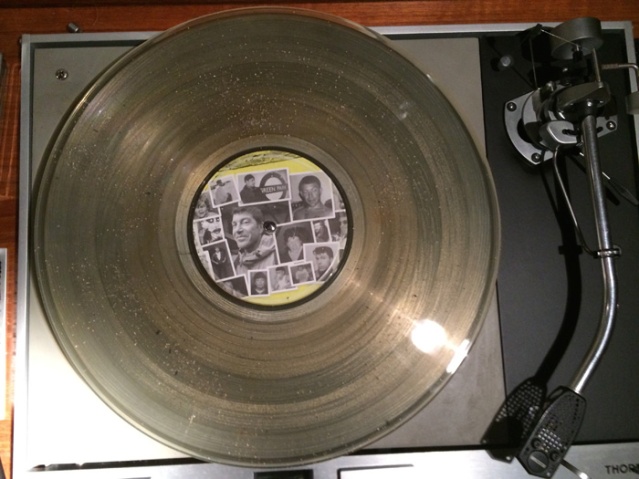 An ‘And Vinyly’ record about to be played. Image courtesy of Jason Leach and andvinyly.com

Jason Leach has an extraordinary job.

After coming to terms with his own mortality following reflection on his hedonistic lifestyle, Jason realised that death doesn’t have to be the end- he can live on forever in his favourite audio format.

Inspired by two bizarre incidents that occurred when disposing of a loved one’s ashes, he had a groovy idea.

A self confessed audiophile, Jason has been producing and making music for decades.

So he combined his love for the vinyl format and his fascination with the treatment of posthumous remains, to create AndVinyly.com- a company which presses cremated remains into vinyl records.

The vinyl may be pressed with your favourite music, your last will and testament or perhaps a message for your descendants.

Some choose to leave the record blank, allowing the flecks of ash to interact with the needle, creating haunting pops and crackles.

Below, Jason tells his story, in a creative feature produced by Al Riddell. We also hear the vinyl messages of a previous client, Madge.

Prices can run into the thousands, depending on which extra services you would like.

Or maybe you’d like an original, ‘bespook’ piece of music? Street Artist Paul Insect will compose something to your liking. 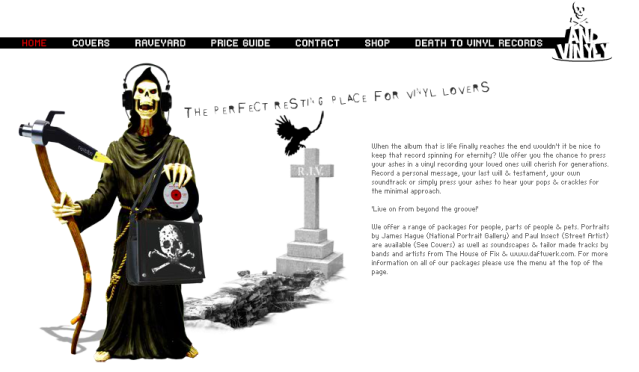 The home page of andvinyly.com. Image courtesy of Jason Leach.