Why Radio Isn’t An Exhausted Form 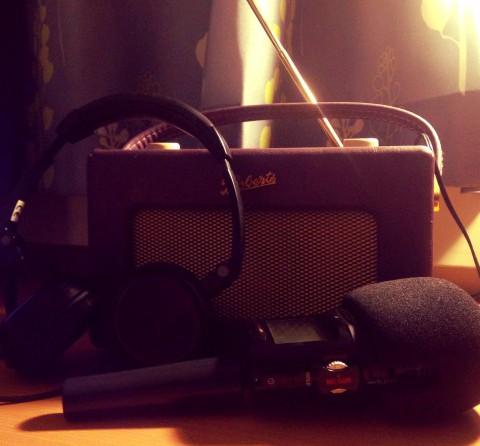 There’s a look of bewilderment when I express my preference for radio over television.

My reasoning, however, is simple: TV instructs the imagination whilst radio engages it.

Imposing visual cues undermines the sheer power of the human mind to envisage and imagine; radio allows space for a level of creative cognition that visual media does not.

When I talk about radio I don’t mean commercial music stations, I mean the type of aural journalism written about in a recent article by Matt Baume, published in The Stranger.

He wrote that we’re in the midst of a ‘storytelling renaissance’ with the production and growing popularity of American podcasts such as WBEZ’s This American Life, Serial, and WNYC’s Radiolab that use creative storytelling- orchestrating  soundscapes and symphonies —to ignite our innate curiosities.

They explore the quirks of culture, religion, society, science, and everything in between.

All three podcasts find and tell the extraordinary stories of individuals that give astonishing insight into the spectrum of human life.

But what is it that makes this type of storytelling so captivating?

I would say it lies in its accessibility and humanity.

On a purely practical level, podcasts have the same listening flexibility that music does and in modern, hectic life this is crucial.

Podcasts can be downloaded for free to smartphones in minutes and fit alongside commuting, cleaning and gym routines with little to no extra consideration – there aren’t the same constraints of television and books to stop, sit down and concentrate.

The beauty of any kind of radio is that it offers so much and asks for so little.

It’s also fascinating how sound can make you feel: sound is immersive in a way that visuals can never be.

Without the fully prescriptive guidance of video, sound alone creates a dynamic foundation upon which the brain builds its own interpretation of the story and yet it doesn’t require quite the legwork of reading.

The phenomenon of fear is a prime example of this; fear inspired through sound can be vastly more intense than that conjured through pictures.

Visual media imposes what we should be afraid of; sound demands that you create your own.

Eerie soundscapes and haunting music permeate the imagination, forcing it to recall personal traumas associated with the fearful sound heard.

What is triggered in the imagination is both unique and genuine to each listener and so resonates with far greater potency.

To demonstrate, a feature I produced—Behind the Door—tells the true story of a terrifying physical assault that relies purely on audio to immerse the listener into the recollections of the protagonist.

Stories of personal experience are so much more authentic and intimate when being told anecdotally by the voice of those affected and, while soundscapes and background music are effective, in many cases the sonic simplicity of just a single clear voice can be truly arresting.

It’s enchanting how much a voice reveals about a person- more than their appearance ever could.

You hear someone’s age, gender and nationality in the timbre and cadence of their speech.

Their pauses, hesitations and breaths reveal their disposition, their experiences and how life has weathered them.

As a radio producer I find that people are also so much more willing to expose themselves and offer a far more genuine version of who they are as a microphone affords an anonymity that a camera does not.

Auditory storytelling deprives the brain of the passive satisfaction of ‘being shown’ and so heightens our aural sensory perception and its influence over sentient reaction.

With sound you cannot avert your gaze and so you see so much more, when just listening.