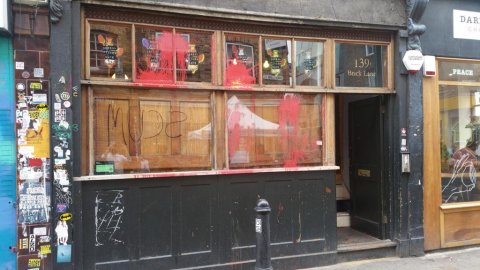 The group has advertised the event on social media.

Police have urged some licensed establishments on Portobello Road to close tomorrow. 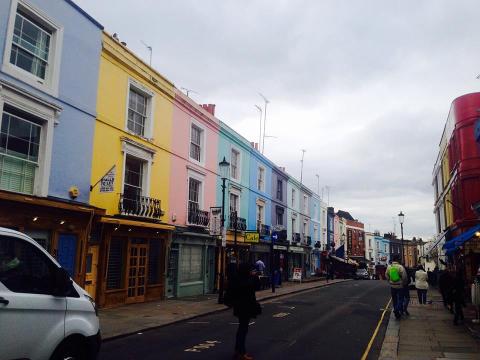 Protestors vandalised the Cereal Killer Cafe in Shoreditch in September 2015.

Staff said they were terrified as customers including children had been inside at the time.

Tonight we were attacked with paint and fire by an angry mob of 200. Riot police are on the scene. http://t.co/GPXLmyMmuN

The group has previously targeted estate agents and big business conglomorates for protest – blaming them for increasing housing prices and the cost of living in certain areas of London.

The Cereal Killer Cafe is independently owned by brothers Alan and Gary Keery.

Staff at some license premises in Notting Hill told Emma Roberts they were concerned about maintaining their safety.

And a local resident expressed concern about the effect the protest would have on Saturday shoppers:

When LMMN asked the group what they hoped to achieve by tomorrow’s action, Class War’s Online Editor issued the following statement: